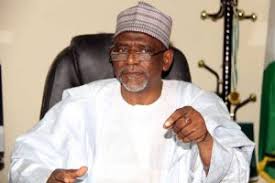 Why Data Is Key To National Development- Adamu The Minister of Education, Adamu Adamu has said that the provision of credible,reliable, and timely data is an imperative for National Planning, policy implementation,monitoring and evaluation of development interventions and reform initiatives in the country, especially in the education sector.

The Minister stated this today in his keynote address at the opening ceremony of the 4th National Conference on Education Management Information System (EMIS) in Gombe, the Gombe state capital.
According to a signed statement by Ben Bem Gonng, Director Press and Public Relations, the Minister represented by the Registrar and Chief Executive of the Joint Admissions and Marticulations Board (JAMB), Professor Ishaq Oloyede stated that the Ministry is making tremendous progress in the production and dissemination of reliable and timely data ,adding that the 2019, 2020 and 2021 data on the sector have all been processed and are ready for National and Global dissemination.

Commenting on the theme of the conference, “Sustainability and Maintenance of On-line Data Generation Using Tablets and Android Phones” , the Minister said discussions at the conference will help improve on the automation of data production and management processes in line with evolving global trends.

Adamu Adamu assured that the Ministry will continue to strengthen EMIS to build it’s capacity needed for quality output in line with international best practice.
In his address to the conference,the Executive Governor of Gombe state Alh Muhammadu Inuwa Yahaya who was represented by the Deputy Governor of the state, Dr Manasah Daniel Jatau, said his administration has substantially revamped the education sector in the state with a considerable increase in school enrollment, literacy, numeracy and positive learning outcomes.

The Governor revealed that Gombe state has recorded alot of improvement in ICT development, infrastructural development and teacher capacity building which he said will impact positively on education in the state.
He urged stakeholders to do whatever they can to improve on education as a matter of priority.He expressed the determination of the state to cooperate with all stakeholders to uplift NEMIS in the interest of the Nation and indeed Gombe state. .

Earlier in his welcome address, Permanent Secretary, Federal Ministry of Education, Andrew David Adejo,represented by the Director of Information and Communication Technology in the Ministry, Abubakar Isa called for strong synergy and cooperation between stakeholders in the funding of NEMIS for enhanced and optimum performance.
Meanwhile, the UNESCO country representative,Dr. Ngozi Amanze in his remarks indicated the UN support to EMIS in the area of capacity building for optimum performance
Highlights of the conference include ; The presentation and lunch of the Reviewed National Policy on EMIS and it’s Implementation Guidelines, Reviewed NEMIS web and Mobile App , On-line Data Capturing Tool for Tertiary Institutions, and EMIS Data Visualization System developed by the United Nations International Children’s Education Fund (UNICEF).In it’s goodwill message, UNESCO country representative,Dr. Ngozi Amanze expressed the commitment of the organization in supporting EMIS in the area of capacity building for optimum performance.

Why Universities Should Key Into Agriculture For Economic Growth- Echono

Over 20,000 Out-of-School children To Access Learning In Katsina- UNICEF.