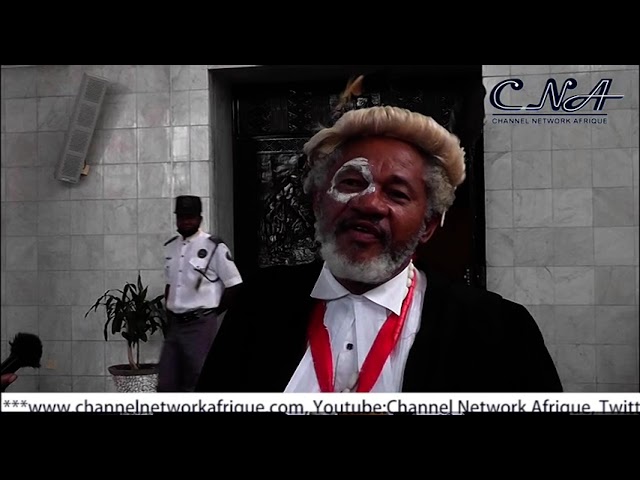 Not satisfied with the supreme court judgment that allowed wearing of hijab in the government owned schools, a human rights lawyer, Malcolm Omirhobo has protested against the decision by appearing in the court with the attires of water goddess in Delta State known as Olokun.

Omirhobo who appeared barefooted with the regalia of the deity, majestically walked into the court without being disturbed by the court officials.

He said the judgment implies that anybody can wear any outfits to anywhere including school children wearing religious attires to schools.

When asked if he can wear the regalia when appearing before judges, the lawyer vowed to wear it, saying that no law prohibits him.

The Supreme Court had in a split judgment of five to two granted the use of hijab by female Muslim students in Lagos State Government-owned schools.

2023: Why I Submitted 5 Deputy Governor Nominees To PDP For Screening – Jandor