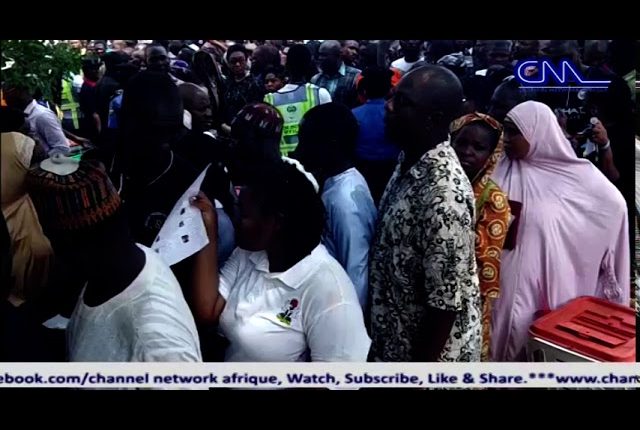 Nigerian Youths have been urged to come out in their numbers and elect their choice candidates in the forth coming Federal Capital Territory Area Council Election scheduled for February 12th, 2022.

The call was made at the Independent National Electoral Commission’s Dialogue with Civil Society Organisations and Youth Groups to promote peaceful participation in the 2022 FCT Area Council Elections in Abuja.

Addressing the youth leaders, the Resident Electoral Commissioner, FCT, Alhaji Yahaya Bello stated that as critical stakeholders the youths must work as a team and change all negative narratives portrayed about them.

Represented by the Administrative Secretary, INEC, FCT, Barr Waziri Zanna, Bello who noted that if properly educated the youths will take over the affairs of the County, further hampered on the need to shun all acts of Violence during the electioneering process. Earlier in her remarks, the Director Gender and Inclusivity, INEC, Blessing Obidegwu who was represented by the Deputy Director, Osuji Chika stated that as assets to the growth and development of the country, the youths should not avail themselves to violence but come out and vote peacefully.

On his part, the Deputy Project Coordinator, European Centre for Electoral Support, Manji Wilson while lauding the Not too Young to run bill which has increased youths participation in politics pointed out some challenges that still need to be addressed for the youths to be fully involved.

The youths were however encouraged to take a bold step further in ensuring that the elected candidates remain accountable to their promises and roles even after the elections.