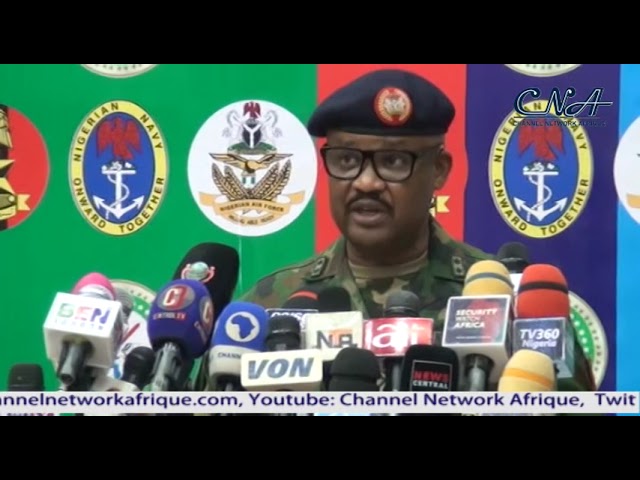 About 20 Suspected Boko Haram and Islamic State of West Africa province Terrorists have been neutralized by Troops of operation HADIN KAI in Monguno area of Borno state.

He said the Troops recorded the spoils after engaging the Terrorists in a fire battle. Items recovered includes 6 AK 47 riffles,3 bicycles ,1 land cruiser van and several rounds of ammunition among Others. Furthermore, 4 women with children at Aulari area of Borno State, including 2 Chibok girls were also rescued by troops in the period under review.

The activities of Troops of Operation WHIRL STROKE and Safe Haven were also highlighted at the briefing with General Onyeuko reeling out several achievements that aided the killing of terrorists, bandits and recovery of arms and ammunition, rustled cattles among others in the nasarawa and plateau axis of the north central region.

The Defence Spokesman further indicated how troops of operation Delta Safe arrested 27 pipeline vandals in the Niger Delta region. While commending the troops for their bravery, General Onyeuko on behalf of the Defence high command, assured Nigerians of the armed forces and other security agencies commitment to safety of lives and properties.