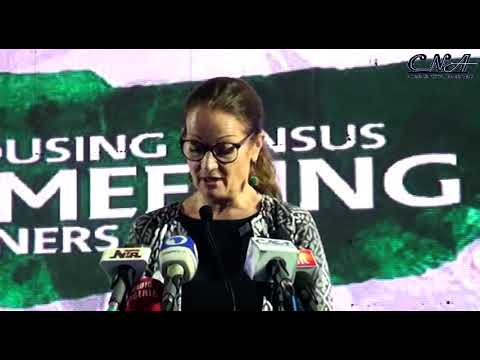 Vice President Yemi Osinbajo says the federal government has approved the sum of 198 billion Naira in the 2022 budget to build up activities for the 2023 housing and population census.

Osinbajo disclosed this at the breakfast meeting with partners on the 2023 Housing and Population Census in Abuja.

Represented by his senior Special Assistant media, Laolu Akande, the VP who said 60 percent of the total sum has been released added that the gesture demonstrate the commitment of the president Buhari led government to the conduct of a credible and reliable census.

Osinbajo who said government had earlier expended over 21 billion naira for mapping of the country into enumeration areas for the census, said the outcome of the exercise is expected to provide the nation with relevant data for planning purposes.

He however made case for more resources and additional funding sources from key partners as part of efforts to make the next year’s head count a success.

Earlier in his remarks, Chairman of the National Population Commission NPC, Hon Isa Kwarra the breakfast meeting was initiated as part of drive to discuss the journey so far on preparation for the Census as well as solicit support to bridge resources gap.

Other speakers on their part expressed satisfaction with the innovative way the history of censuses is being rewritten by the NPC.

The theme of the 2023 population and housing census breakfast meeting is ” Supporting a transformational census process in Nigeria.