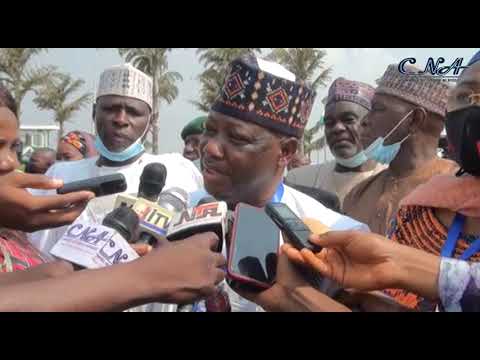 The Armed Forces Remembrance Day in Nigeria is an annual event commemorated on January 15th to acknowledge and commend efforts and sacrifices of Fallen heroes and Veterans of the first and second world war, Nigerian civil war, peace support operations around the world as well as those who died in the ongoing internal security operations in the country. The arrival of President Muhammadu Buhari signalled the commencement of the annual event held at the National Arcade ,Abuja. As expected, the occasion featured troops parade, artillery gun salute,a minute silence for the fallen heroes, lying of wreaths and the release of pigeons by President Buhari signifying an era of peace and Unity. The National Chairman, Nigerian Legion, Major General Abdulmalik Jubril (Rtd) while commending the efforts of the present administration to the welfare of the legionnaires added that funds raised from the Armed Forces Remembrance emblem will also be deployed for same purpose. Meanwhile, all seems not to be well with Ugboh Dennis who wants more commitment from the government . The Ceremony was graced by members of the Federal Executive Council, Legislators, Judiciary, Service Chiefs,members of the diplomatic corps and other invited guests.