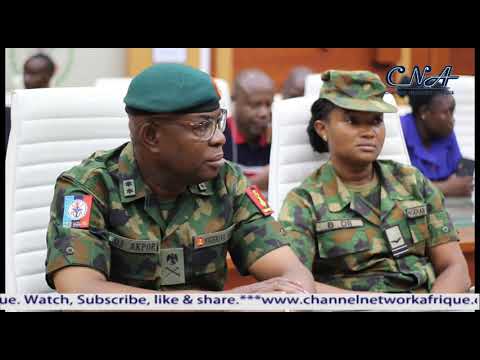 Indications from the Defence headquarters suggests that Boko Haram Terrorist Commander, Abubakar Sarki has been neutralized alongside scores of other terrorist by troops of Operation Hadin Kai at Konduga Local Government Area of Borno State.

The Coordinator, Defence Media Operations, Major General Bernard Onyeuko revealed this at a press conference held at the Defence headquarters in Abuja to update Nigerians on the strides recorded from 28 April – 19 May 2022.

General Onyeuko said the feat was achieved in a coordinated attack on the terrorists enclave in Sambisa forest where scores of terrorists were neutralized with assorted weapons and different calibers of ammunition recovered.

Similarly, Troops according to the Defence spokesman also arrested one Mallam Modu Goni a terrorist and logistics supplier while attempting to transport large quantity of logistics items to terrorist at Gomari village in Fere Local Government Area of Borno State.

Gen Onyeuko further highlighted other successes within the period under review including ambush operations that resulted to the death of 42 terrorists,with 20 others arrested and over 53,262 surrendered to troops in Borno state.

Activities of operation Delta Safe in Clamping down activities of economic saboteurs, oil thrift among other criminal activities which led to the arrest of some drug barons in Delta state was also mentioned at the briefing.

While appreciating the General Public for their continued cooperation, and the courage and sacrifices by its troops, the military High command assured of the Armed forces of Nigeria’s determination to restore peace to the country.