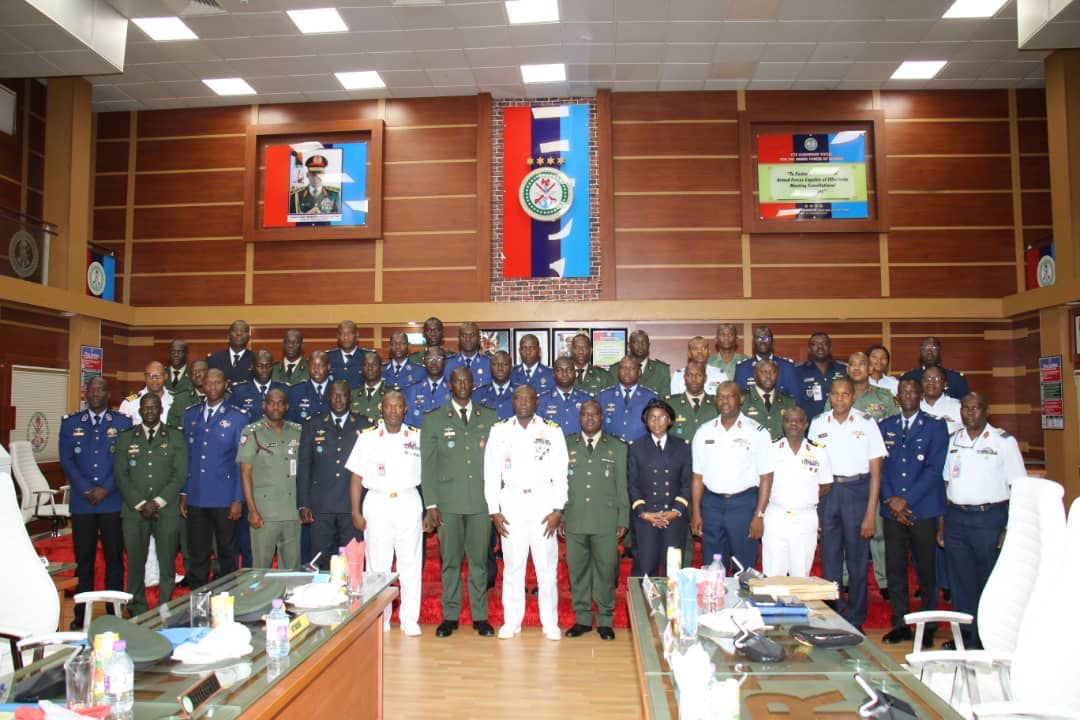 The Chief of Defence Staff (CDS), General Lucky Irabor has reaffirmed that the operations and activities of the Armed Forces of Nigeria (AFN) have been guided by extant laws, rules of engagements and standard operating procedures.

A signed statement by the Director Defence Information, Major General, Jimmy Akpor indicates that the CDS stated this during the visit of the participants of Promotion Staff Course 4 of the Institute of Defence, Senegal to Defence Headquarters, (DHQ) Abuja who are on a study tour to Nigeria.

The CDS who was represented by the Chief of Defence Civil Military Cooperation, Rear Admiral Adeseye Ayobanjo, said the Nigerian Military was created through appropriate constitutional provisions, as such its operations and activities were guided by extant laws as well as regional and global regulations.

Gen Irabor further explained that the AFN as an instrument of the law, would continue to leverage on the same laws in conducting its operations towards securing the Nation’s territory as well as the lives and property of Nigerians and foreign nationals.

The Defence Chief commended the leadership of the Senegalese Defence Institute for visiting Nigeria.

He said beside boosting the existing bilateral and diplomatic relations, the visit would afford the two countries the opportunity to capitalized on their commonalities to further foster the defence collaborations between the armed forces of both countries, particularly in combating transnational security threats occasioned by global terrorism.

Gen Irabor showered encomium on both Nigeria and Senegalese militaries for their contributions towards peace support operations in Africa.

Earlier in his remarks, the Head of the Senegalese delegation, Colonel C Gueye, thanked the CDS for the warm reception.

Col Gueye who is also the Director, Institute of Defence, Senegal said the purpose of the visit was to enable the participants gain firsthand knowledge of the organization and roles of the AFN. According to him, the Institution’s mission is to build the capacity of staff officers in the areas of crisis management and maintenance of global peace.

The Senegalese delegation, which comprises three members of directing staff and 26 students are expected to visit other military establishments, institutions and formations during their stay in Nigeria.