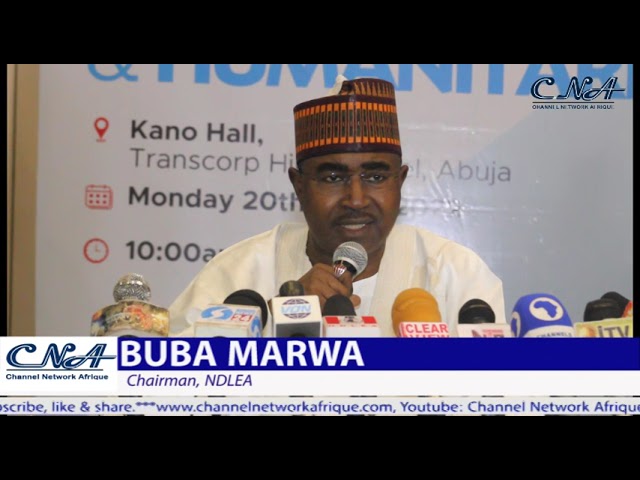 The National Drug Law Enforcement Agency (NDLEA),says it has arrested over 17,000 offenders including 10 drug barons between January 2021 and May 2022.

NDLEA Chairman, General Buba Marwa,rtd made this known at a press conference in Abuja to unveil programmes of activities to mark the 2022 United Nations International Day against Drug Abuse and Illicit Drug Trafficking.

The International Day against Drug Abuse and Illicit Trafficking is commemorated on June 26th, every year, to strengthen action and cooperation in achieving the goal of a world free of drug abuse.

The Theme of this year’s edition is “Addressing Drug Challenges in Health and Humanitarian Crisis.