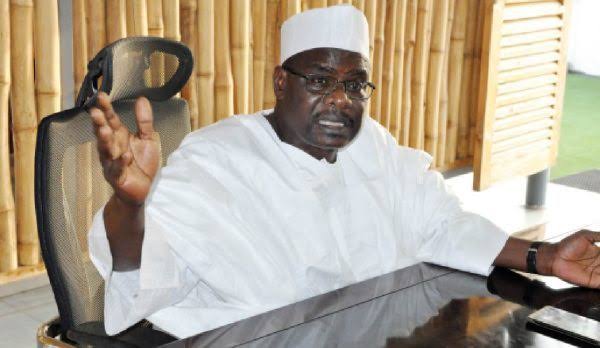 The Economic Community of West African States (ECOWAS) Parliament has set up a 39 man Special Committee on Administration, Finance and Budget, Chaired by Senator, Ali Ndume of Nigeria to consider the draft consolidated 2022 community budget.

Speaker of the Parliament Sidie Mohammed Tunis set up the committee shortly after the 2022 Draft Budget of 393,612,400 Units of Account (UA)was presented at the ongoing ECOWAS Parliament Legislature’s second ordinary session of 2021in Abuja.

He said the Sen. Ndume led committee has to take the assignment before it very serious as well as being diligent in their efforts to enable the community have an effective budget.

The 2022 Budget presented by Chairman of the ECOWAS Commission Administration and Finance Committee (AFC)
Mohammed Ismaila is aimed at tackling, COVID-19 pandemic, security and infrastructural deficit, promoting democracy and good governance in the sub-region.

Mr. Ismaila said the budget was drafted to address key intervention areas in the sub-region adding that the AFC also increased the budget for the West African Health Organisation (WAHO) to effectively handle the pandemic.

“Given the current health situation of the world, the West Africa Health Organisation (WAHO) proposes a budget of over 59 million Units of Account, a 37.7 per cent increase in its 2021 budget.

“This was agreed on by the committee of AFC,” Ismaila said.

The Chairman of ECOWAS Commission Administration and Finance Committee (AFC) also noted that that many countries had defaulted in the regular payment of the levy, which is likely to have impacts in the 2022 budget.

Mr Ismaila further said the AFC reports revealed that in accordance with Article 10 of the Protocol on the deposit rate, only eight out of the fifteen member states of ECOWAS were depositing regularly which implies that some Member States are either not remitting or depositing their levies irregularly.