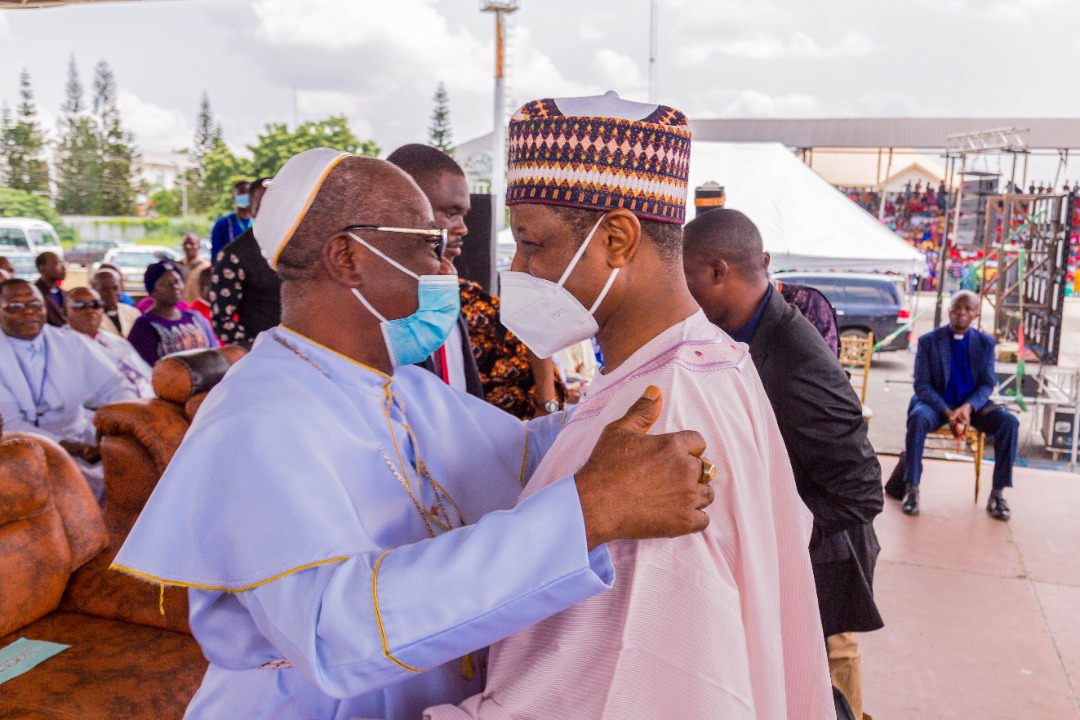 The Executive Secretary of the Nigeria Christian Pilgrim Commission (NCPC) Rev Yakubu Pam has added his voice to calls that  violence is never the best approach in solving crisis.
Rev Pam stated this during the Unity Prayer and Praise Convention at the Hero Square Concorde Avenue, Owerri, Imo State.
He noted that it is the responsibility of the Church to embrace peace and not violence stating that it is impossible to have development in crisis prone situations.
Rev Pam who stated that Nigeria and the church are matching forward was however Optimistic that the nation nation will pass through it’s present challenges through prayers from the saints.
The NCPC boss further admonished the people of Imo State to cheer up even in the face of their challenges because, “God has rolled off your stone”.

Speaking during the event, the Executive Governor of Imo State, His Excellency Governor Hope Uzodinma said that peace is the only  instrument for development in this nation.
“Imo State in the last few week was characterized by violence and we were thrown into confusion but we cried and the Almighty God answered us”. Gov Uzodinma noted
He informed that the citizens of Imo State have come to thank God for restoring peace back to the State. “.
Gov. Uzodinma further assured that he will not relent but will do everything humanly possible to return peace back to the state and also provide enabling environment for businesses to thrive.
He urged the citizens of the State to support his administration and seek peace with everyone in order to move the State forward.
In his message, the National President of the Christian Association of Nigeria (CAN), His Eminence, Samson Ayokunle urged Christians to always seek  God in the face of challenges and obey his instructions.
While calling on Nigerians to embrace peace and work towards the development of the country, Rev Ayokhnle encouraged Christians not to go weary but to hold unto their faith even in the midst of their problems.

The Imo Unity Prayer and Praise Convention was graced by dignitaries from Imo State and prominent Christian clerics across the country.

Play By The Rules, Theatre Commander To NGOs In North East.