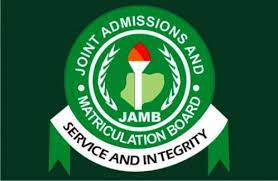 UTME: We Are Not Recruiting Invigilators- JAMB

In a signed statement titled: DISCLAIMER: ” WE ARE NOT RECRUITING INVIGILATORS by Dr Fabian Benjamin, Head, Public Relations JAMB, and made available to Channel Network Afrique,the board warned members of the public to beware of fraudsters that are claiming to be recruiting invigilators for the 2021 UTME/DE.

While noting that it was not recruiting for invigilators or any other officials, JAMB said the term “invigilator” is alien to the Board’s operations.

It stayed that the notice is to ensure that the public is not hoodwinked into parting with their hard-earned resources on the premise of securing non-existing jobs with JAMB.

The Board consequently Urged the public not to fall prey to the antics of these fraudulent elements as the Board has not authorized any person or group of persons to act on its behalf for any business including recruitment.

Making case for such persons to be reported to security Agencies, it says the gesture will ensure the society is cleansed of unwholesome characters and cheats.

“It should also be noted that owing to the nature of the Board’s operations, many dubious individuals have cultivated the habit of placing different kinds of advertorials for one service or another in the name of the Board without authorization”.

The Board stated That several platforms has been provided to verify any information purported to have been released as part of efforts to ensure the public is not misled.