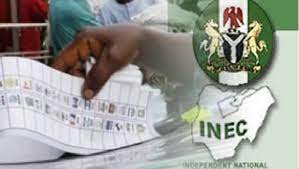 A separate statements signed by its national commissioner and chairman, Information and Voter Education Committee, Festus Okoye indicates that official notifications for the elections will be published on May 17, 2021.

According to the statement,political parties are to conduct their primaries between May 18 and 24, 2021.

Access Code for online submission of nomination forms will be available for collection from May 24, 2021 at the commission’s headquarters in Abuja while the last day for submission of the list of nominated candidates is May 28, 2021 at 6.00pm.

Okoye stated that all political parties must pay attention to Section 87 of the Electoral Act relating to the nomination processes and submit to the commission the names and particulars of candidates that scored the majority of lawful votes and emerged from valid party primaries.

“The detailed timetable and schedule of activities for the bye-election have been uploaded on the commission’s website and other social media platforms.

INEC however urged all political parties to strictly adhere to the timetable and schedule of activities and avoid rancorous primaries and violence during the campaigns and throughout the electoral process.

UTME: We Are Not Recruiting Invigilators- JAMB