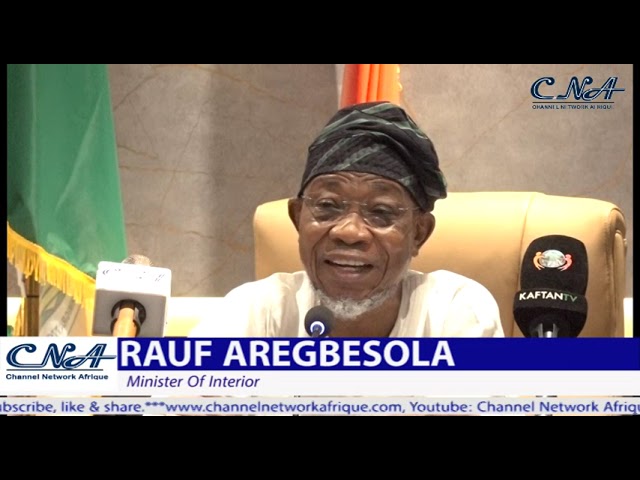 The Minister of Interior, Rauf Aregbesola, has been conferred with a a life time achievement award from the National Parent Teachers Association of Nigeria (NAPTAN)

Presenting the award in Abuja, the National President of the Association, Haruna Danjuma, said the decision was informed by the outstanding achievements of the Minister during his tenure as Governor of Osun State.

Represented by the Vice President, Adeoye Ogunbanjo, the association highlighted the various contribution of the minister to the education sector in the South West state.

Responding, the Minister commended the association for the recognition saying it will spur him to do more for the interior sector

Meanwhile, the Permanent Secretary of the Ministry of Interior, Dr. Shuaib Belgore, stated that the Minister has demonstrated unusual dynamism in his style of leadership.

The high point of the event, was the presentation of the award by association’s Vice president to the Minister.