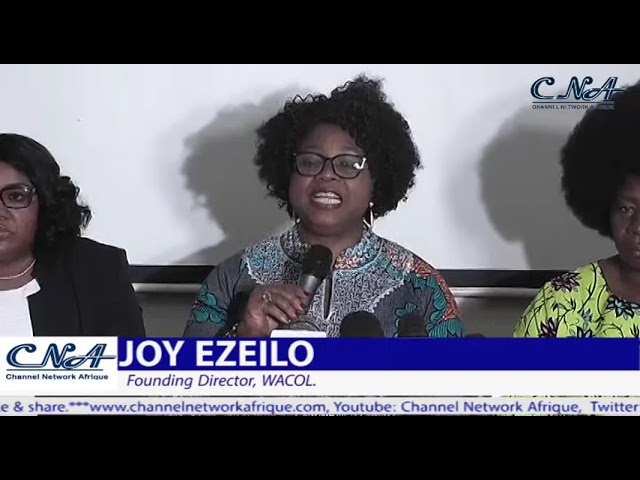 The alleged assault by a legal practitioner,Prof Zainab Abiola on her police orderly, inspector Teju Moses have continued to attract widespread condemnation across the country.

Prof Abiola was alleged to have assaulted her police orderly on Tuesday 20th Sept, 2022 at her residence in Abuja following refusal to carry out menial and domestic chores.

Reacting on the development, a coalition of Civil Society Organisation at a news conference described the act as an inhuman treatment, violation of the law and an abysmal discrimination faced by many Nigerian Employees by their employers.

The founding Director, Women’s Aid Collective (WACOL), Joy Ezeilo however commended the Nigerian Police Force for it’s prompt response and demanded that perpetrators of inhuman acts be brought to book in the interest of justice.

In her remarks, the Country Director, Action Aid Ene Obi who also faulted the use of violence irrespective of provocation called on the Nigerian Police Force to as a matter of urgency review the legal and administrative parameters under which police officers are deployed to important personalities.

They also want the Police to carry out thorough investigation into the matter and make public the culpability of the suspects as well as ensure prosecution.