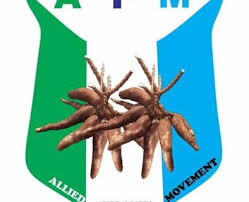 A signed Statement by the Party’s National Secretary, Oyadeyi Ayodele Adebayo indicates that the suspended officers held a kangaroo meeting and appointed the former national treasurer, Mrs Rose Gyar as the acting national Chairman in flagrant violation of APM constitution.

Article 10(7) of the party constitution provides that, “Two-third majority of the Executive Committee at all levels shall form a quorum” for any meeting at the instance of the national Chairman. Only six out of 20 members of the National Working Committee attended the purported meeting. It is obvious that any decision taken in the meeting was null and void and of no effect whatsoever in the operations of our great party.

Meanwhile, a 3 man disciplinary committee led by Bar Ken Ikeh, Hasfat Usman, Secretary and Kalu Njuko has been set up by the APM NWC to investigate the allegations, petitions and anti party activities against the suspended officers and report back to the NWC in two weeks.

The Statement reaffirmed the vote of confidence passed on the National Chairman, Alhaji Yusuf Mamman Dantalle by the National Executive Committee (NEC) in its meeting held on 5th February 2022, in Abuja.

The APM restated it commitment as a mass movement and formidable opposition party ready to rescue the nation from inept leadership and return power back to the people on whom sovereignty resides.