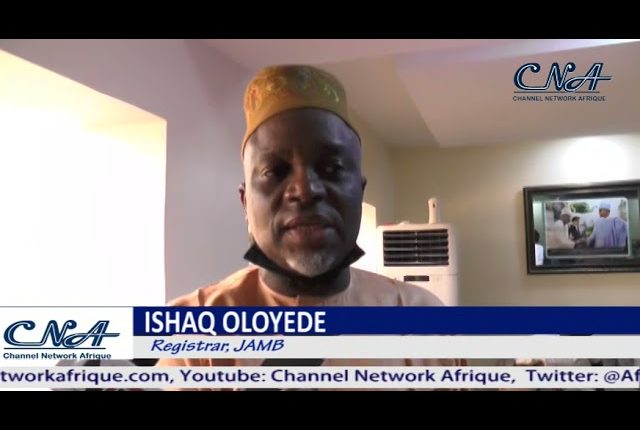 The Nigeria Police Force has apprehended 2 suspects for offences of impersonation in the ongoing registration for the Unified Tertiary Matriculation Examination. The suspects identified as 50-year-old Sesan Obasa, and his alleged accomplice, Salvation Terhembe, were paraded before newsmen at the headquarters of the Joint Admissions and Matriculation Board, JAMB, in Bwari, Abuja. According to JAMB Registrar, Prof Ishaq Oloyede, Terhembe was picked up by staff of JAMB at one of the board’s registration centres in Bwari, following his unsuccessful attempts to carry out the Unified Tertiary Matriculation Examination, UTME, registration on behalf of Obasa. He added that the picture on the National Identification Number, NIN, used by Terhemba for the registration indicated he was impersonating Obasa. Meanwhile,Terhembe, who admitted to carrying out the act, said he was contacted by Obasa to supply his information for registration at the JAMB centre. The suspects are to be handed over to the police for further investigation and prosecution.