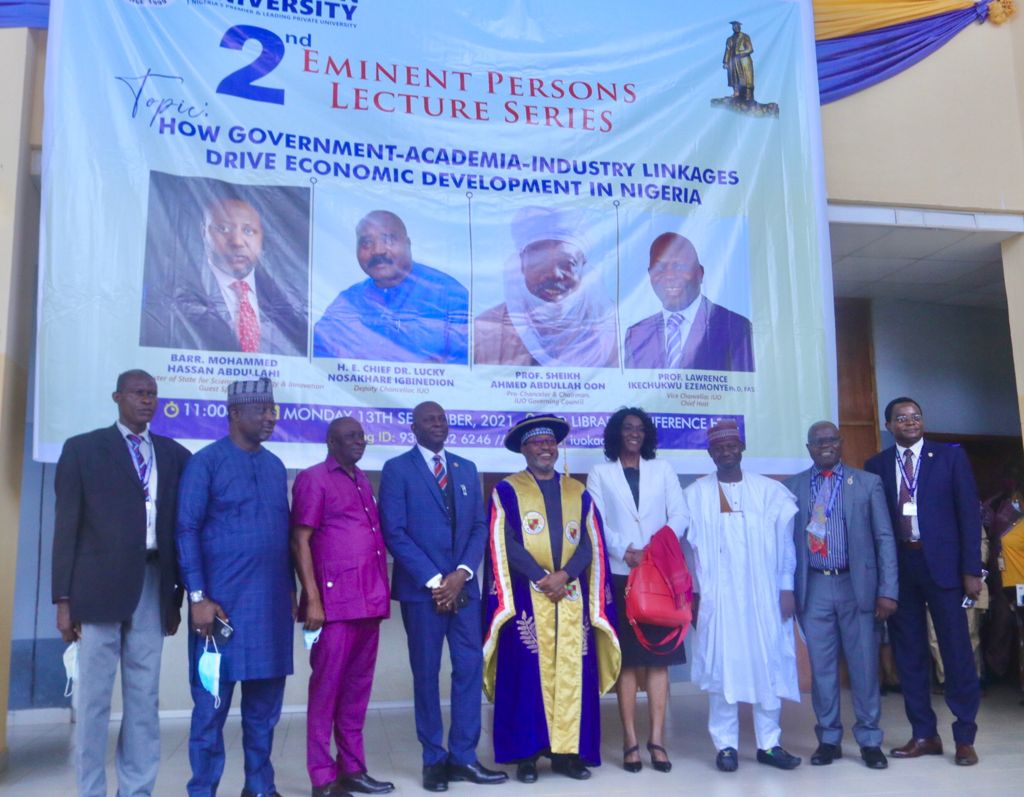 Deploy Research To Solving National Challenges, Abdullahi Urges Nigerian Scholars.
The Minister of States for Science, Technology and Innovation, Barr. Mohamed Abdullahi has called on Nigerian researchers and innovators to focus more on national challenges, such as power generation.

Barrister Abdullahi made this known at a lecture he delivered titled “How Government-Academia-Industry linkages drive economic development in Nigeria”.
A statement from the ministry indicates that the lecture was part of an eminent persons lecture series, hosted by Igbinedon University Okada on Monday 13th September in Benin city,  Edo state.
Abdullahi said the ministry has made conscious efforts to establish strong interactions between the Industry and researchers through programs like the annual STI EXPO.
He called on the Education system  to focus more on deployment of knowledge to the nation’s socioeconomic benefit.
On development of indigenous technology, he said “Industries are equally invited to create opportunities for R&D in knowledge institutes with the purpose of reducing importation of foreign technologies and support more technology transfers”.
The minister said the Government-Academia-Industry (GIA) model is the most reliable way to achieve rapid commercialisation of research findings.
He further said the model will drive national socioeconomic development as seen in countries like China, adding that economic diversification will be achieved due to an increased focus on Scientific research and innovation.
Abdullahi noted that more funding for research institutions (Universities, polytechnics etc) will aid the achievement of socioeconomic breakthrough.
He hailed the efforts of the Igbinedon University, Okada in STI development such as the establishment of research centers.
Earlier, The vice chancellor of Igbinedon University, Prof. Lawrence Ikechukwu Ezemonye said that the University has been at the forefront of championing higher education revolution in the country through innovation, entrepreneurship,bespoke research in tandem with its motto: Knowledge and Excellence.
He said the university has also introduced skills set and master classes which are embedded in all its academic programmes to further enhance the skills content of the curriculum,by making it a truly entrepreneurial university.