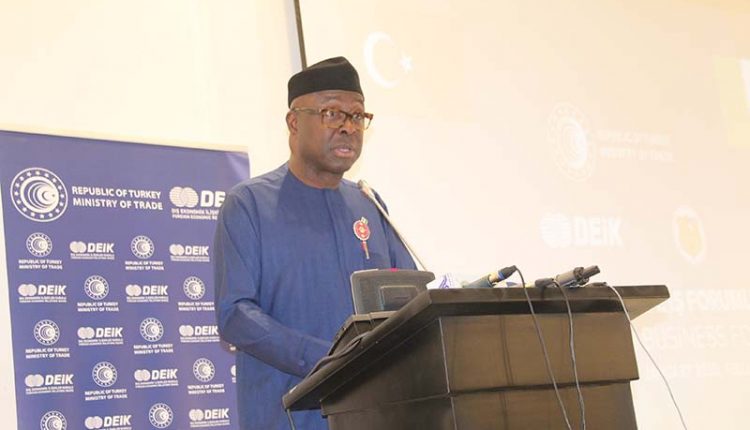 The Minister of Industry, Trade and Investment, Otunba Richard Adeniyi Adebayo, has inaugurated a Campaign Strategy team for Dr. Ngozi Okonjo-Iweala who is the nation’s candidate for the post of the next Director-General of the World Trade Organization, WTO.

A statement by the Assistant Director Information, Mrs. Oluwakemi Ogunmakinwa said the minister while inaugurating the team in Abuja said the setting up of a Campaign Strategy team was key to the success in ensuring that the Nigerian candidate emerges as the Director-General of WTO.

The Minister noted that the decision of President Muhammadu  Buhari to  nominate Dr. Ngozi Okonjo–Iweala as Nigeria’s candidate for the position of Director- General of WTO was taken in good faith, given the overriding consideration of the need to host Africa’s chance and for the promotion of gender mainstreaming at the world’s top trade post.

He expressed optimism that the Nigerian candidate would emerge as the next Director General of WTO, based on her capabilities and wealth of experience at the highest level of World Bank as a Development Economist, Diplomat and one of the Africa’s most trusted technocrats.

According to him “An eminently qualified candidate in the position of Dr. Ngozi Okonjo Iweala with proven leadership, bold reformer, skillful negotiator with abilities to broker numerous agreements that would promote fair trade should be selected for the position of the Director General of the WTO.

He therefore charged the team to develop winning strategy for the candidate and also called on stakeholders, media, public, private and trading partners to give necessary support that Nigerian candidate requires to emerge as the WTO Director General for the term 2021 – 2025.

The Minister of State, Amb. Mariam Yalwaji Katagum, who is the Team Leader of the Campaign Strategy team gave an assurance of the full commitment of members of the team to deliver on its mandate, “We must all get to work as a team in the most strategic and professional manner to deliver on this important assignment in line with the Terms of Reference”, she stated.

Amb. Katagum also expressed confidence that Dr. Okonjo – Iweala would surely emerge as the next Director-General of WTO considering her pedigree and commitment in ensuring sustainable development and economic growth not only for Africa but the world at large.