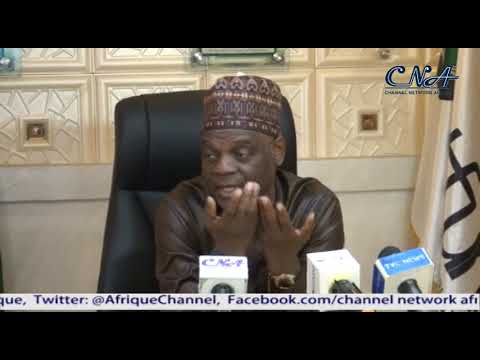 The Tertiary Education Trust Fund TETFund says it has in the last 14 years expended the sum of 185 billion naira for sponsorship of scholar’s under it’s academic staff programme.

Acting director of Academic Staff Training and Development, Abdullahi Imam stated this when the scholar’s Representatives visited the TETFund Executive Secretary, Arc. Sonny Echono in Abuja. Imam who explained that the project was established for the sole aim of training and upscaling the educational capacity of the academic staff of beneficiary institutions added that it is Funds second highest expenditure after infrastructural projects.

He however sought the ES approval for establishment of TEFund Scholar’s alumni. Earlier, Prof. Kinsley Nwozor who spoke on behalf of the delegation,thanked the TETFund leadership for standing by them throughout the period of their studies indicating plans to give back to the society.

The request for the TETFund Scholar’s alumni was however turned down by the Executive Secretary.

Over 35,000 scholar’s from the public universities, polytechnic and Colleges of Education have benefited from the TETFund Academic staff sponsorship.