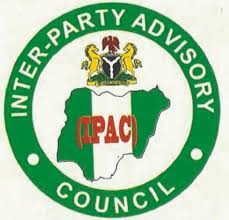 The Inter Party Advisory Council has described the killing of Miss Deborah Samuel Yakubu last Thursday, 12th of May, 2022 at the Shehu Shagari College of Education, Sokoto,as saddening and avoidable.

The council in a signed statement by it’s chairman, Yagbaji Sani expressed worry over the incident which it noted occured at a time
the nation is practically groaning under the throes of different forms of insecurity and at the threshold of another round of democratic elections.

First and foremost, the National leadership of IPAC wishes to send its heartfelt condolences to the parents and other members of the family of young, Miss Deborah Samuel Yakubu. In the same breath, we are sending our condolences to the Niger State Government, the entire people of Niger State, the people of Rijau Local Government and particularly, members of the community of Tungan Magajiya over the understandably, painful, untimely passing on of a promising daughter. We urge them to take heart in the belief that life and death come from the Most Superior Being who is the Supreme and everlasting Creator of all that exists on earth and in the heavens.

The statement further reads: Without going into the details in order not to tamper with frayed nerves, or, to exacerbate the smolders triggered by the unfortunate incident, IPAC will want to appeal to all concerned to exercise utmost restraint. We must avoid stoking the embers of mayhem or anarchy which always come with the capacity of snow-balling into great infernos of unimaginable and unanticipated dimensions and consequences. We implore our political, religious and traditional leaders to eschew the tendencies of making inflammatory utterances and statements that can inflame passions. We are as well urging the society’s opinion molders not to resort to taking actions overtly or covertly or, refusing to take actions, that is, eerie silence that connotes a tacit support for violence.

We are urging our youth, as leaders of tomorrow, to seriously desist from actions that are detrimental to the peace and tranquility of the country which puts in great peril the nation’s unity and progress. As the greatest and most strategic beneficiaries and stakeholders in the future prosperity of Nigeria, our youths should be wary of being used as canon-fodders by unpatriotic and misguided agents of destabilization and disunity.

IPAC commends His Eminence, the Sultan of Sokoto, Alh. Sa’ad Abubakar III for his prompt and courageous response and stance in the wake of the unfortunate incident thus, demonstrating once again, his fatherly and stateman stature in the society. IPAC also commends the deft, firm and decisive security measures put in place by the Sokoto State Governor, His Excellency, the Rt. Hon. Aminu Waziri Tambuwal which definitely contributed in no small measures in curbing the threatening tide of violence that was welling up in the aftermath of the gory incident. We also wish to register our appreciation and commendation to the Governor of Kaduna State, His Excellency, Mal. Nasiru El-Rufai for the proactive steps he caused to be taken as a strategy to prevent the likely escalation of violence usually experienced in the wake of similar phenomena with origins in other states.

The Council however called on the authorities to ensure that all persons culpable in the gruesome, indefensible and despicable act are brought to book to serve as a deterrent. This is especially against the backdrop of our belief that the religion of Islam neither condones arbitrary acts of taking laws into one’s hands, or, the blood-chilling barbarism demonstrated by the perpetrators of the incident. That is just as all learned Islamic Scholars who have spoken so far, are unanimous that the holy prophet of Islam, Prophet Mohammad (SAW), did not enjoin the sort of jungle justice meted out in the instance we recently witnessed in Sokoto.