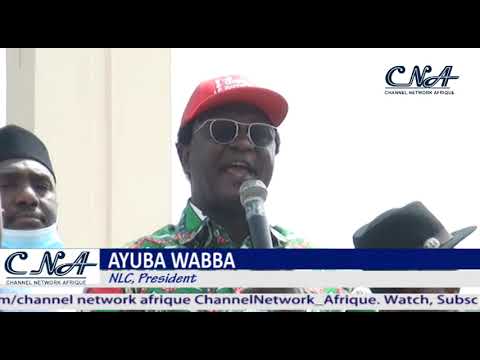 The Nigeria Labour Congress says it will continue to agitate for administrative and financial independence of Local Government Councils as the third tier of government.

The Union embarked on a solidarity walk from it’s headquarters to the National Assembly complex with requests for autonomy of local governments, legislature and judiciary top on its lists of demands.

NLC President, Ayuba Wabba who led the protest said the much sought-after autonomy remains an effective tool to solving perennial insecurity, good governance deficit and national backwardness in the country.

Wabba further called on the National Assembly to vote unanimously in support of the autonomy for Local Government System among other issues.

The call for Autonomy of the Judiciary and Local Government System are some of the critical provisions in the ongoing constitution Amendments Bills at the National Assembly.