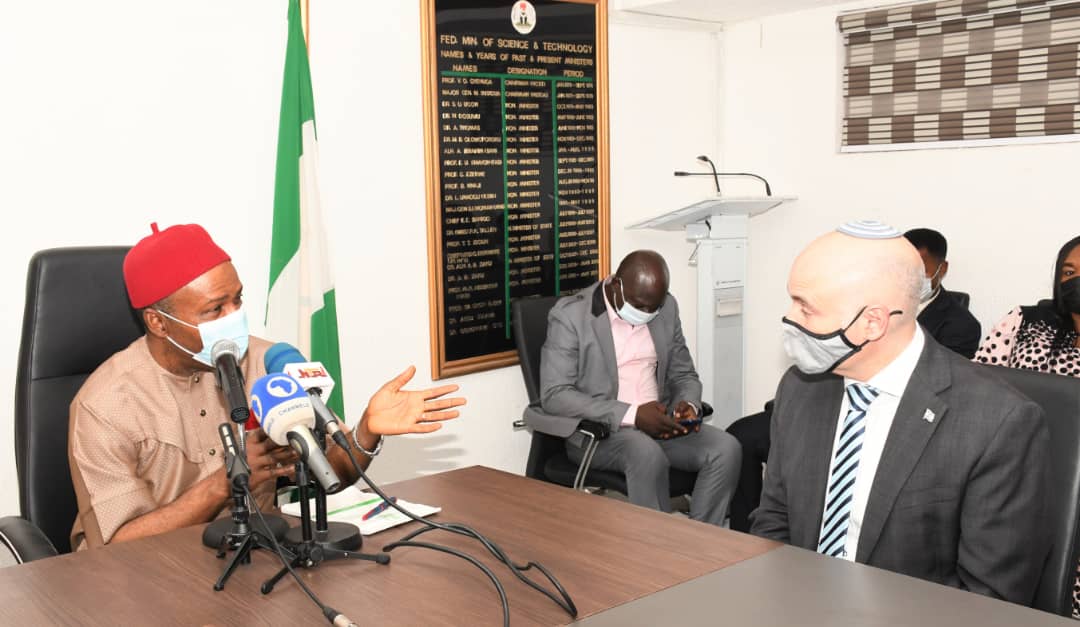 The Federal Government says it intends to solidify bilateral ties with the state of Israel, especially in the areas of STI (Science, Technology and Innovation) and  socio-economic development.

The Minister of Science, Technology and Innovation, Dr. Ogbonnaya Onu made this known when he received the new Ambassador of the State of Israel to Nigeria, Amb. Michael Freeman, in his office today in Abuja.

He said; “Nigeria is blessed with Natural resources and we have some of the most intelligent people in the world. We want to diversify our economy, because we believe with the huge human capital, we can add value to our raw materials and create jobs for our youths”

The Minister hailed the historical diplomatic ties between both nations, adding that the relationship has yielded positive fruits over the years.

Dr. Onu warmly congratulated the new Ambassador on his appointment and urged him to build upon the successes of his predecessors.

Earlier, the Israeli Ambassador,  Amb. Michael Freeman said that his country was willing to collaborate further with Nigeria on many socio-economic areas, especially challenges that can be solved using Science, Technology and Innovation.