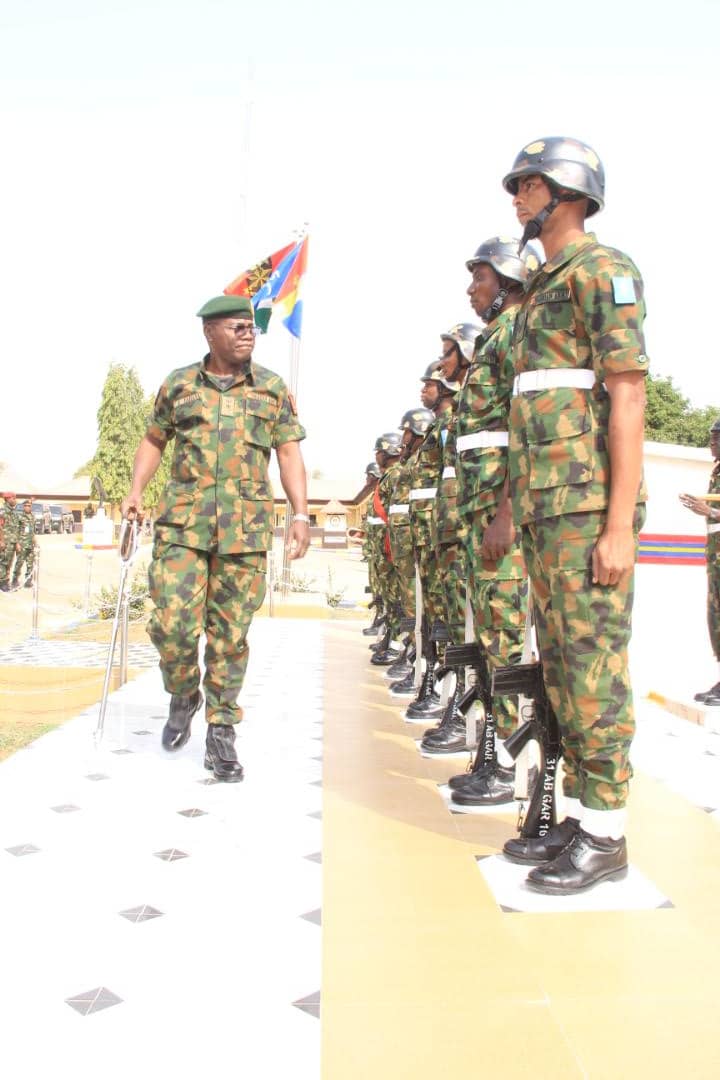 The Chief of Army Staff, General Faruk Yahaya has restated the commitment of the Nigerian Army to ensure combat hardwares and logistics are provided to reposition and enhance ongoing operations across the country.

The COAS gave the indication during his operational tour of 31 Brigade Area of Responsibility in Minna, Niger State on February 5th, 2022.

According to a signed statement by the Director Army Public Relations, Brigadier General Onyema Nwachukwu, the tour is in continuation of ongoing evaluation and review of troops’ operations in the fight against terrorism, banditry and other sundry crimes in the country.

Gen Yahaya while addressing the Operational Commanders, charged them to take appropriate tactical measures and bold steps to tackle the menace of banditry and kidnapping in their areas of responsibility.

He further stated that they must be thorough and circumspect in order to expunge all operational lapses in the ongoing anti banditry campaign as well as not relenting in communicating their challenges to the Army hierarchy.

The Army Chief who assured the Commanders that welfare of personnel remains top in his priority list, further task them to work in synergy with sister services and other security agencies in order to effectively dismantle the network of banditry and kidnapping in their areas.

Osun Guber: I Am Running To Win- Gov Oyetola