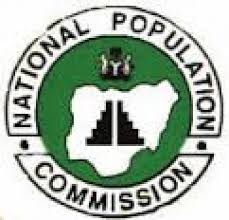 As the National Population Commission prepares for the conduct of the 2022 Population and Housing Census, the rationale for the census couldn’t have come at a better time than now. This is more so as the country has rolled out an action plan that seeks to expedite the development process of the country with the launch of a 5-year National Development Plan 2021-2025 (NDP 2021-2025) in December 2021.

Development planning involves a deliberate effort on the part of the government to speed up the process of social and economic advancement of the country and its people. Planning allows the government to make conscious choices regarding the pace and direction of growth and development of the country. This, therefore, means that the rate at which the various sectors of the society develops is a direct function of the government’s planning using statistical data for policy formulation and implementation.

With the attainment of independence, the country embarked on strategic plans to place the country on the pedestal of sustainable development through a four-phased fixed-term development plan that covered 1962 to 1985. The 1990s saw the Rolling Plan. This was followed by the Vision 2010 strategic document and the National Economic Empowerment and Development Strategy (NEEDS) beginning from 2005. However, between these periods, there existed years that were dominated by sporadic government actions and ad-hoc planning in which the country did not produce a plan document that could be categorized as national development plans.

The administration of President Muhammadu Buhari in an effort to reposition the country for optimum productivity that will translate into the much-needed development launched the National Development Plan 2021-2025. The plan which was built on the foundations of Vision 20:2020 and the Economic Recovery and Growth Plan (ERGP) is aimed at fast-tracking the development process in the country. This move is indeed the right step taken in the right direction by this administration, especially now that the country is so much desirous of accelerated economic growth and development.

The NDP 2021-2025 plan document as contained in its introduction, clearly stated that it was formulated against the backdrop of several subsisting development challenges in the country and the need to tackle them within the framework of medium and long-term plans. These challenges include low and fragile economic growth, insecurity, weak institutions, insufficient public service delivery, notable infrastructure deficits, climate change, and weak social indicators. Hence, the Plan seeks to invest massively in infrastructure, ensure macroeconomic stability, enhance the investment environment, improve on social indicators and living conditions, implement climate change mitigation, adaptation, and resilience strategies, amongst others. Specifically, the Plan aims to generate 21 million full-time jobs and lift 35 million people out of poverty by 2025; thus setting the stage for achieving the government’s commitment of lifting 100 million Nigerians out of poverty in 10 years.

This action plan no doubt represents one of the conscious efforts by Mr. President to fast-track the country’s development with the Nigerian people being the focus of attention. The plan directly speaks to the population of the country, as it specifically “aims to generate 21 million full-time jobs and lift 35 million people out of poverty by 2025; thus setting the stage for achieving the government’s commitment of lifting 100 million Nigerians out of poverty in 10 years.”

The above statement no doubt underscores this administration’s commitment to the emancipation of Nigerians from the grip of poverty and the recognition of the place of population data in the actualization of the plan document. Because it is only when the government is equipped with credible demographic data on the population that effective planning for development can be done.

The 2022 Population and Housing Census which is scheduled to take place this year will offer a veritable platform to the country for the implementation of the NDP 2021-2025. Its results will be the primary source of data required for planning and it will form the foundation for achieving the government’s political, economic, and social development programmes. In addition, the data to be generated from the census will also enable the private sector to effectively plan its investment strategies according to the demographic distribution of the population.

Both government and private businesses decisions rely on demographic data that answers the question of “how many we are?” in terms of the total number of people living in the country, “who we are?” in terms of age, sex, “what we do?” in terms of education, occupation, economic activity, and other demographic characteristics, as well as “where we live” in terms of housing and access to social amenities. The answers to these questions are the outcomes of a population census. In essence, adequate knowledge of the number of the citizens, their geographical distribution, age, sex and education among other characteristics are indispensable when planning for development.

In preparation for the conduct of the 2022 Population and Housing Census, the National Population Commission has successfully carried out the Enumeration Area Demarcation of 772 out of the 774 Local Government Areas in the country and as part of the scientific process required for the conduct of a credible census, the 1st and 2nd Pretests have been conducted in selected LGAs in the 36 States and the Federal Capital Territory to test the methodology and instruments to be used for the 2022 census.

The Commission under the leadership of its Executive Chairman, Hon. Nasir Isa Kwarra has put in so much into the preparation and is ready and awaiting a Presidential Proclamation to conduct a national census that will be credible, reliable and acceptable to Nigerians and the results will serve as a tool for achieving the goals of the National Development Plan 2021-2025 development.

All hands must be on deck to support the Commission to conduct a successful census because the country cannot afford to miss another opportunity to know the number of people it plans to cater for.

Adamu Sinbad Saleh is an Assistant Chief Public Affairs Officer at the headquarters of the National Population Commission, Abuja