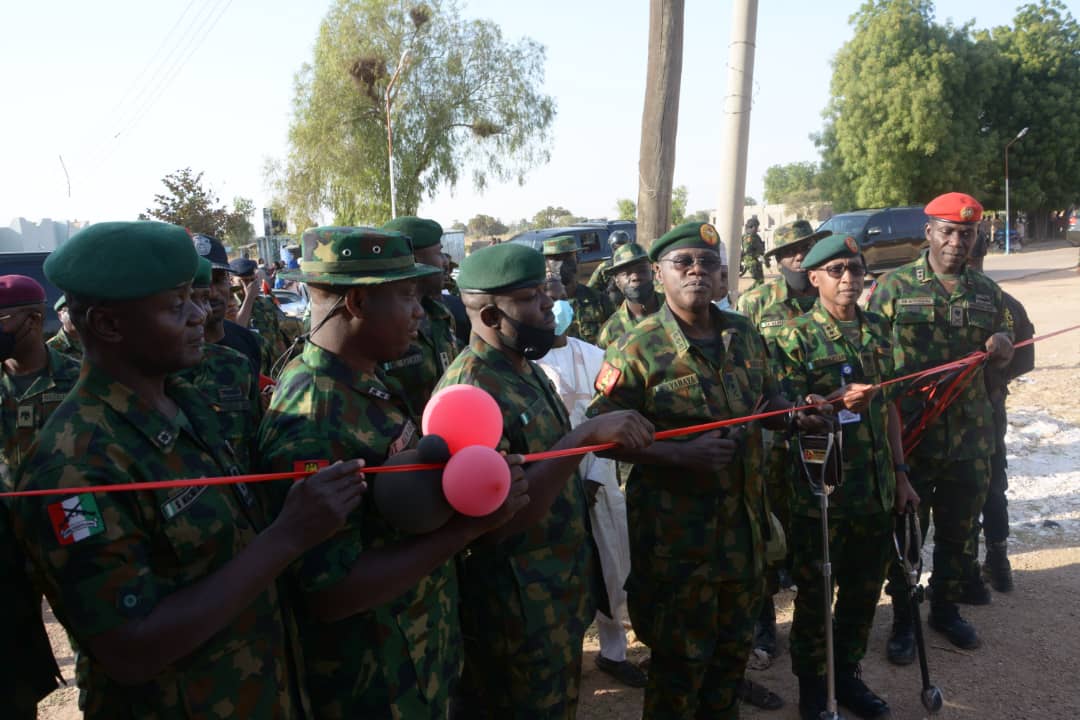 The Chief of Army Staff (COAS) Lt Gen Faruk Yahaya has once again restated commitment to give priority to the welfare of personnel of the Nigerian Army.

This is as the Army chief commissioned multiple projects in Janguza Barracks in Kano.
In a signed statement by the Director, Army Public Relations, Brigadier General, Onyema Nwachukwu made available to Channel Network Afrique, the newly completed projects, which include 72 units of Corporals and Below Quarters (CBQ), 30 units of Single Officers’ Quarters (SOQ) and 5 blocks of Company Offices and training shades were officially inaugurated during the COAS’ maiden working tour of 3 Brigade area of responsibility, on 26 January 2022.

Speaking during the commissioning ceremony, General Yahaya stated that the visit is in tandem with his command philosophy, to enable him interact with troops and obtain first hand information that will enhance his command and administration of the Nigerian Army (NA).

Gen Yahaya who disclosed that the dearth of personnel accommodation in the NA is receiving adequate and prompt attention with the construction of befitting accomodations across formations and units of the NA noted that the welfare of personnel is paramount to his command.

The COAS further commended troops of the Brigade for discharging their duties with diligence.
During the working tour, the Commander 3 Brigade, Brigadier General Sinyinah Nicodemus gave the COAS a brief on the Operational engagements and security situation in the Brigade’s area of responsibility.