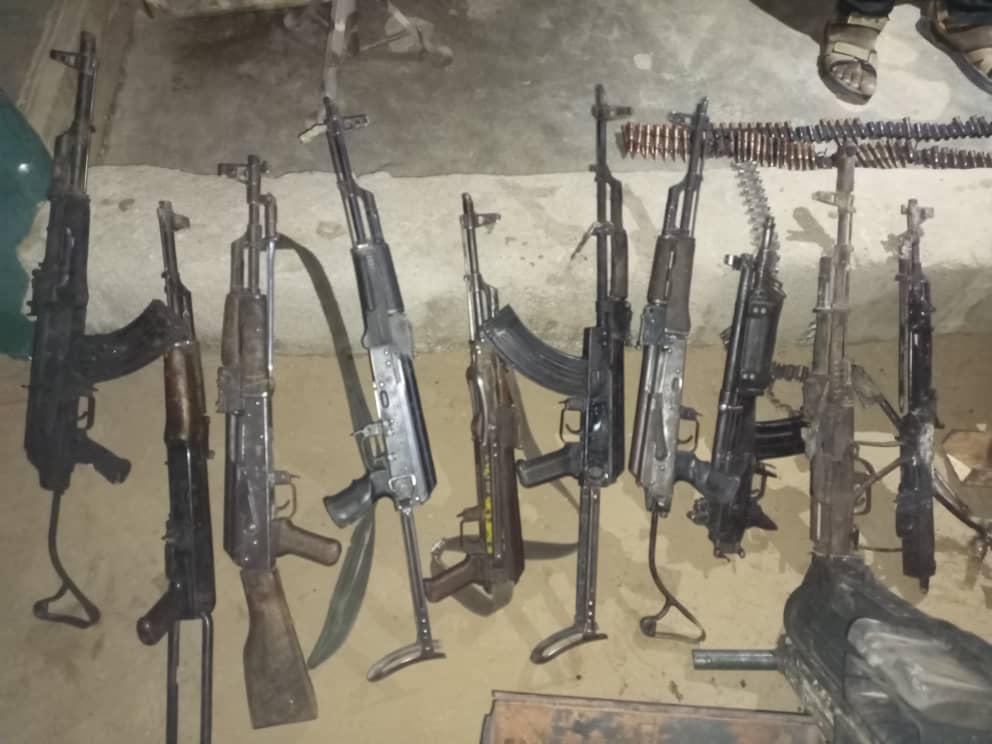 A signed statement by the Director Army Public Relations, Brigadier General Onyema Nwachukwu indicates that the vigilant troops who were supported by the Nigerian Air Force component, brought devastating volume of fire on the terrorists while attempting to infiltrate the Forward Operating Base using Gun trucks and several other weapons on November 28, 2021.

Gen. Nwachukwu,who noted that two gallant soldiers paid the supreme price during the encounter, added that the terrorists also suffered several human and equipment casualties before retreating in disarray.

He said, the gallant troops who are currently exploiting the withdrawal route of the fleeing terrorists, have so far recovered 10 AK 47 riffles, one Anti Aircraft Gun, one Shilka barrel, one 60mm Mortar tube and 61 rounds of PKT riffle ammunition amongst others with several charred remains of the terrorists were also uncovered along the route.

The Chief of Army Staff, Lt Gen Faruk Yahaya has urged the troops to aggressively maintain the momentum of the pursuit, until the remnants of the fleeing terrorists are destroyed.