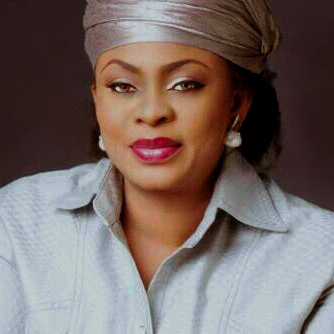 The arraignment of former Aviation Minister, Stella Oduah at the Federal High Court Abuja on allegation bordering on corruption has been stalled due to a letter from the office of the Attorney General of the Federation and Minister of Justice, Abubakar Malami.
Oduah appeared in court alongside eight other defendants in the case but when their matter was called for them to take their plea a defence counsel, Ogwu Onoja quickly objected.
Onoja informed the trial judge, justice Inyang Egwo that the AGF, Abubakar Malami wrote a letter to the Economic and Financial Crimes Commission EFCC for the case file to be transmitted to his office based on petition written on January 29, 2020 against the trial.
He argued that the arraignment would not go on until the issue around the Malami’s letter is resolved.
He contended that it was unheard of for AFG to ask the EFCC to transmit a case file for a review of a criminal charges and the agency decided to ignore it, noting that the anti-graft commission is embarking on persecution rather than prosecution.
Onoja who spoke on behalf of the defendants in the case presented a letter from the AGF before the judge to further buttress his submission.
The trial judge demanded to know from the counsel to EFCC, Mr Ofem Uket if he was aware of the letter but the prosecution counsel denied knowing anything about the AGF letter adding that as a staff of EFCC, he was just sighting the letter for the first time in court.
The counsel urged the court to disregard the petition by the defendants and proceed to arraign them.
In a short ruling, justice Egwo held that the issue raised by defence counsel is both constitutional and statutory that would not be considered summarily.
The judge therefore ordered parties in the case to file written addresses both in favour or against and adjourned till February 10, 2022 for adoption of their court processes.
The arraignment of Oduah who currently represents Anambra North Senatorial District at the National Assembly has suffered several setbacks with the judge once threatening to issue warrant of arrest against the senator.