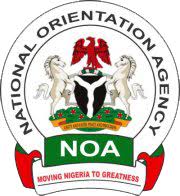 The National Orientation Agency (NOA) has called on oil producing communities to embrace the Petroleum Industry Act (PIA) and take advantage of its inherent benefits for the development of their communities.

According to a signed statement by the Assistant Director Press, Paul Odenyi, Director General of NOA, Garba Abari made this call during advocacy visits to traditional rulers of Eket and Ibeno communities in Akwa Ibom State.

Represented by the Rivers State Director, Barr. Young Ayotamuno, Abari, commended the Paramount Ruler of Eket, HRM, Edidem Etim Charles Daniel Abia and the Paramount Ruler of Ibeno, HRM, Owong Effiong Bassey Archianga for keeping the peace in their respective domains despite reservations about the PIA among oil producing communities.

The NOA boss, lauded the contributions of the Traditional Rulers of Mineral Producing Communities of Nigeria (TROMPCON) to the emergence of the Petroleum Industry Act.

He noted that the provision for Community Development Trust Fund is another layer of funding for oil producing communities. Other funding vehicles for host communities include the 13% Derivation, the Niger Delta Development Commission (NDDC), Federal Ministry of Niger Delta and the Amnesty Programme.

Paramount Ruler of Eket, Edidem Etim Abia in his response decried the inability of oil producing communities in the Niger Delta to carry on with their traditional fishing businesses due to the adverse impact of oil exploration which has killed off fishes in water bodies in the area.

PR of Eket, also frowned at the jettisoning of the Niger Delta Master Plan and canvassed a better deal for oil producing communities as well as the investment of the 30% of Profit Oil and Gas in agricultural development rather than exploration.

On his part, the Paramount Ruler of Ibeno, Owong Effiong Archianga expressed delight at the passage of the PIA after many years of legislation.

He however described the ownership of shares in the Nigeria National Petroleum Company Limited by the state to the exclusion of oil producing communities as unfair. He also called for an amendment of the PIA to allocate 10% rather than 3% of oil companies’ Operating Expense to host communities.

Mr. Henry Ushie who represented the Country Director said OXFAM was partnering with NOA and CISLAC on advocacy around the PIA to ensure inclusiveness in the utilization of the Host Communities Development Fund for development purposes.

He noted that the Fund is a good starting point for improving the development of host communities, adding that if well utilized, it would serve as a booster to canvass for more allocation. For Chinedu Bassey who represented the CISLAC Executive Director, the role of stakeholders and host communities in particular were critical to maximizing benefits from the Act hence the need for proper sensitization of Nigerians on the PIA.

The advocacy visits by NOA and its partners were preludes to a stakeholders’ conversation on the benefits of the PIA to host communities and the economy scheduled to hold in Uyo, Akwa Ibom State.

Fresh Ray of Hope For Victims of Gender Based Violence
Just In: Notorious Sambisa Forest To Become Zoo - Nigerian Army
Just In: Plant A Tree And Save The World - FCT.
Continue Reading
0 15
Share FacebookTwitterGoogle+ReddItWhatsAppPinterestTelegram