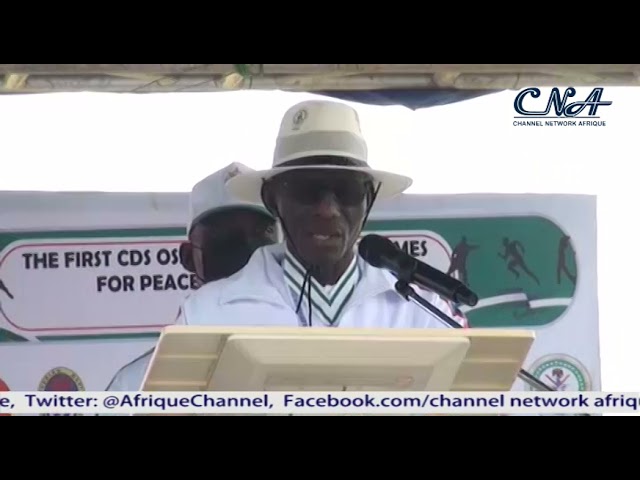 Sport is a powerful tool used in promoting peace, tolerance and understanding irrespective of culture, religion and political affiliation. This no doubt may have informed the initiative by the Chief of Defence Staff (CDS), General Lucky Irabor to host the First CDS Organisation of Military Sports in Africa (OSMA), Sahel Countries Military Games for Peace and Solidarity, Abuja 2021. from 9th – 16th October, 2021. The one week sporting fiesta which commenced from October 9th with participants from 10 African Countries was concluded with a Marathon race which saw Tanzania come tops in both the male and female categories. Speaking at the closing ceremony held at Aguiyi Ironsi sport complex, Abuja, the Minister of Science, Technology and Innovation, Dr Ogbonnaya Onu expressed optimism in the power of sports to conquer all changes and move the African continent to the next level. Meanwhile,the Chief of Defence Staff, General Lucky Irabor while stressing that the Sahel Games was initiated to foster peace and unity between countries in the continent,further commended the participants for their performances urging them to sustain the tempo. Some of the participants also shared their thoughts on the significance of the games. The event featured medal and trophies presentation to winners of respective sports activities as well as participating Nation’s. High point of the closing ceremony was the handing over of the OSMA flag to the next host country, Chad.