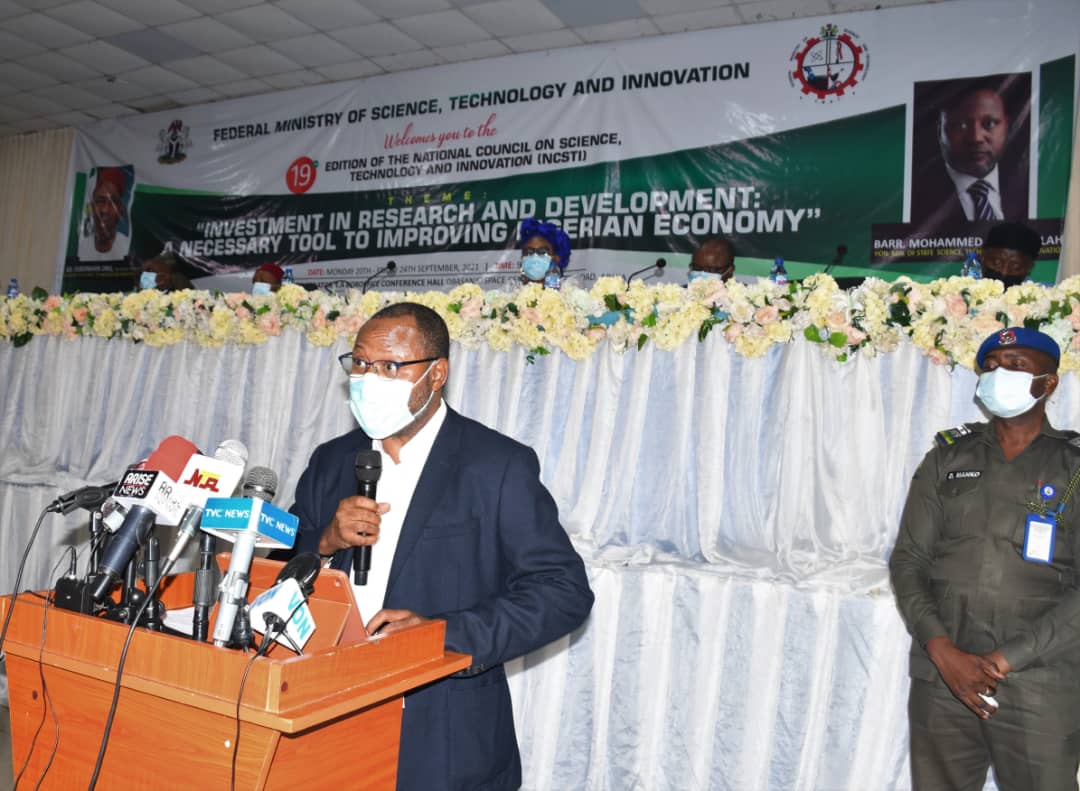 The Minister of State for Science, Technology and Innovation, Barrister Mohammed Abdullahi has charged Scientists, Researchers and Innovators to provide verifiable statistics of the various progress made so far by Nigerians in STI
A statement from the ministry indicates that the Minister said this during the opening ceremony of the 19th Meeting of the National Council on Science Technology and Innovation, on Thursday, in Abuja.
According to him, despite gains made in the past years, Nigeria still remains low in ranking of the global innovation index, 2021, which he attributed to lack of data activities in the Innovation Space.
He further stated that Nigerians have made giant strides in Inventions and Innovations but are not adequately captured as data from relevant Institutions do not meet up with the challenges.
Barrister Abdullahi further said that one of the major challenges facing  Science, Technology and Innovation Sector in developing countries like Nigeria is funding, adding that government needs to invest heavily in R&D to spur industrialization and improve the livelihood of Nigerians.
In a goodwill message by the Governor of Lagos State, Babajide Sanwolu  represented by Mr. Hakeem Fahm, the Commissioner for Science, Technology and Innovation Lagos State said that funding of research and development has to be sustained in order to boost STI.
He further appreciated the Leadership of the FMSTI for setting the standards and also recognizing that nation has to invest in research.

Fresh Ray of Hope For Victims of Gender Based Violence
How Candidates Seeking Admissions Were Scammed By JAMB Staff.
Christians Set To Commence Pilgrimage To Jordan In July-NCPC
Continue Reading
0 63
Share FacebookTwitterGoogle+ReddItWhatsAppPinterestTelegram