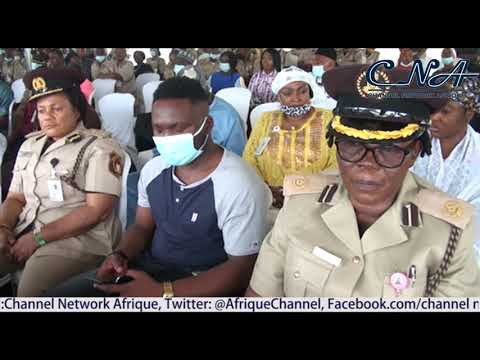 Activities marking the exit of the 16th Comptroller General of the Nigeria Immigration Service Muhammad Babandede from office climaxed with a pulling out ceremony organised in his honour by the Service. Babandede who retired within the weekend after 36years of meritorious service will go down in history as the first Comptroller General to be pull out ceremoniously from the Service Speaking at the ceremony held at the NIS parade ground inAbuja,the Minister of Interior, Rauf Aregbesola commended Babandede for the landmark achievements the service recorded during his tenure saying the reforms have improved it’s service delivery mandate . Earlier in his farewell speech, the out going Comptroller General, CGI Muhammad Babandede while appreciating the Federal Government and the management of the service for their support to his administration, called for consistency of the already established reforms and policies. The Ceremony was graced by the Governor of Jigawa state Mohammed Badaru, Ministers, Service Chiefs, top government functionaries, Family and Friends of Muhammad Babandede.