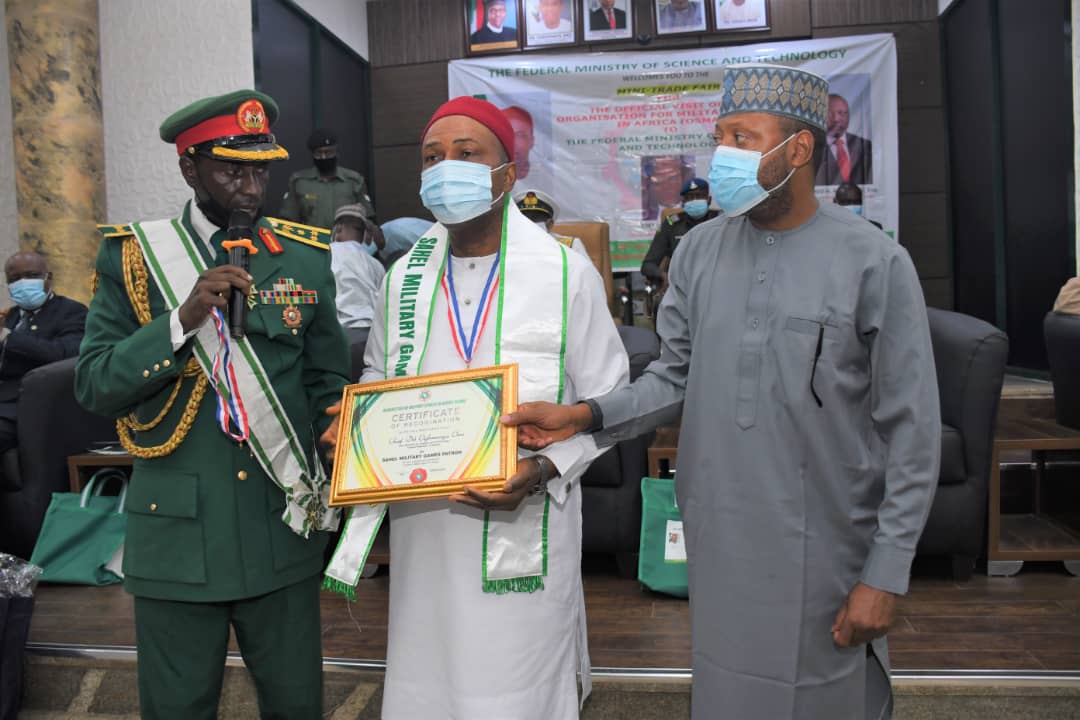 The Minister of Science and Technology, Dr. Ogbonnaya Onu has made case for African youths to study subjects bordering on Science, Technology, Engineering and Mathematics to enhance sustainable and meaningful Development in the region.
The Minister said this in Abuja, at his investiture as the Patron for the upcoming Sahel Military games.
A statement from the office of the Deputy Director,Press and Public Relations indicates that Dr. Onu who was made the patron of the Sahel Military games which is to be held in Nigeria said  the games would help integrate African armies and foster peace in the Sahel region.
He further advocated for African nations to invest more in Scientific Research and development.
Dr. Onu said that for African countries to stem the tide of illegal migration through the Mediterranean Sea, they must be self sufficient and indigenously develop technologies.

Earlier the Minister of state for science and technology, Barr. Mohammed Abdullahi, said the Ministry has dedicated some of its research and development components for the production of sporting and other related items such as military combat boots for physical fitness and foot protection in rugged environments.
He further appealed to the organisation to patronise the products from indigenous research and development agencies, adding that they are of good quality and their patronage will encourage local production, wealth creation, save foreign exchange and boost the socio-economic situation.
In his remarks, the president of the board of Organisation of Military Sports in Africa, (OSMA) Brig. Gen Maikano Abdullahi, said that the upcoming Sahel games was to encourage military integration and promote peace especially in the Sahel sub-region of Africa.

NEPZA's Act Must Be Reviewed For Optimum Performance Of Free Trade Zones - Dawuk
No Scientific Prove On Use of Safety Tunnels, Fumigation In The Fight Against COVID-19 - PTF
APC : Apex Court Judgment On CECPC Leadership In Order- Mamman.
Continue Reading
0 25
Share FacebookTwitterGoogle+ReddItWhatsAppPinterestTelegram