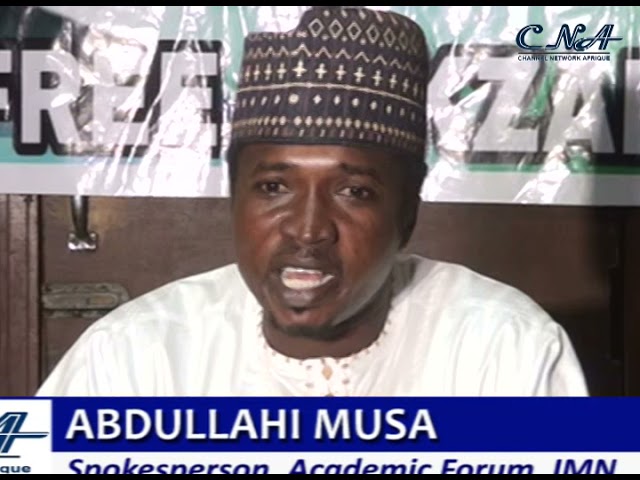 The leader of the proscribed Islamic Movement in Nigeria, Ibraheem EL-Zakzaky’s travail started on December 12, 2015 when his followers clashed with the Nigerian soldiers in Zaria, Kaduna State. The development which resulted to the death of about 10 Shi’tte members was not taken likely by both the federal and Kaduna State governments, an indication heralding the on going trial of El-Zakzaky and his wife on allegations bordering on murder. Five years after, efforts by the group including protest in the streets of Kaduna and Abuja to influence the release of their leader have not yielded the desired result. This they alleged might be connected to a conspiracy theory sponsored by the Saudi authorities. p Spokesperson of the Academic Forum, IMN, Abdullahi Musa further quoted an interview in TIME Magazine published on April 5, 2018 to support his claim. The group vowed to continue their protest until their leader is released. This is as they claimed that over one thousand eight hundred and eighty-six children of their members have been orphaned and two hundred others arrested since the massacre in Zaria.

Pilgrimage: What Informed The Choice Of Jordan- NCPC