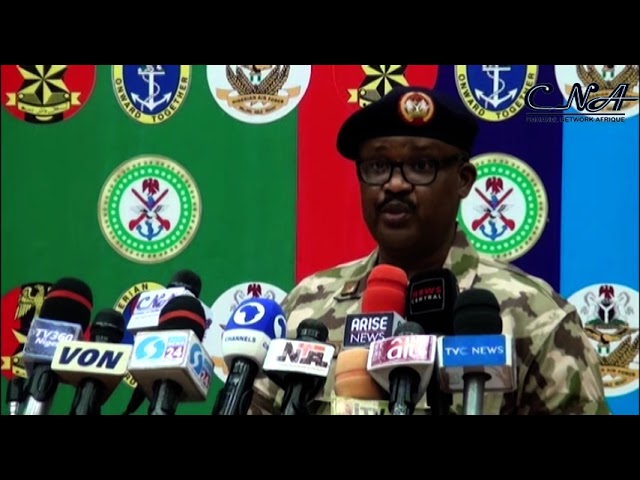 The Defence Headquarters has once again assured of the nations Armed Forces relentless efforts in ensuring that all criminal activities are decisively dealt with until peace is restored in the country. This is as troops in diverse theatres of operation continue to intensify onslaught against terrorist, bandits, kidnappers, economic saboteurs among other vices bedeviling the nation with attendant successes recorded. Speaking at press conference to update Nigerians on the strides achieved from 18 and 30 June 2021, the Acting Director, Defence Media Operations, Brigadier General Bernard Onyeuko said 73 Boko Haram Terrorist were neutralized by troops of operation Hadin kai with large cache of arms and ammunition recovered with also 55 escapees from the terrorist camp surrendered to troops. According to Onyeuko, the feat was achieved during an offensive deep penetration operations into villages of the Timbuktu Triangle in Yobe State within the period. The troops according to Gen. Onyeuko also intercepted gunrunners and bandits logistics suppliers at Tangaza Local Government Area of Sokoto State among other feats. Several operations to secure the oil pipelines and other critical infrastructures on the south south zone were also carried out within the Period under review. While commending the efforts of the troops for keeping up the tempo, the Military High Command urges the general public to support the Armed Forces efforts by providing credible and timely information that will facilitate it’s proactive engagements.