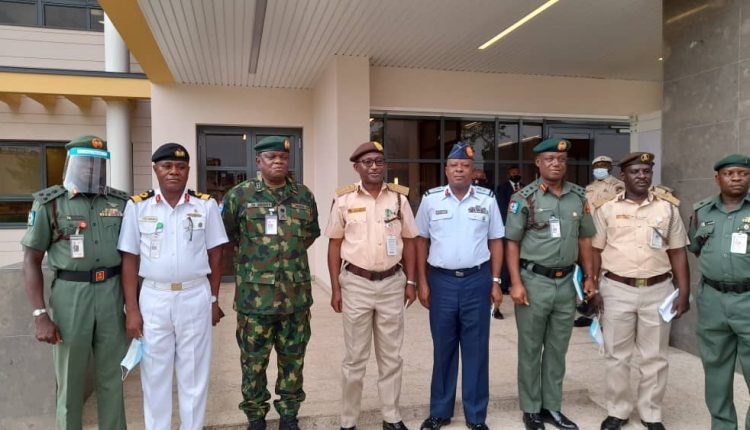 The Comptroller General of Nigeria Immigration Service (NIS), CGI Muhammad Babandede has emphasis the need for security Agencies to share Intelligence real time and work together to bring an end to the security challenges experienced in the country.

Babandede stated this when the Chief of Defence Intelligence Major General Samuel Adebayo paid a working visit to the NIS Data and Command Control Centre to share operational experience as well as seek collaboration in the sharing of Intelligence .

In a signed statement by the Service Public Relations Officer DCI Sunday James made available to Channel Network Afrique indicates that the Intelligence Chief who was accomplained by principal officers of the Defence Intelligence office appreciated the infrastructure and vision of CG Babandede that further emplaced the NIS as a leading Immigration Service and evolving world class service with a record of uploading over 150,000 Stolen and Lost Travel Documents (STLD),a feat that ranks Nigeria as number one in Africa and 54th in the world.

In his remarks Babandede stated that the security services can overcome the challenges of insecurity with the deployment of intelligence machineries by all and full force to decimate bandits,kidnappers, Insurgents and all the criminal elements metamorphosing into various levels of Organised criminal groups attacking innocent,defenceless citizens .

He added that the NIS Data and Command Control Centre has the capacity to share,query,analyse and provide intelligence on the Biodata of Nigerians and Non Nigerians holder of passports and Non Nigerians who are resident,on transit and must have been captured by Service in the course of issuance of facilities.