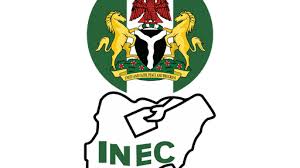 The Independent National Electoral Commission, INEC, says it will continue to recognize and deal with only 18 political parties until the Supreme Court rules on the suit on deregistration of 74 political parties.

INEC maintained that the statement has become necessary against the backdrop of various letters submitted to the Commission recently by some of the deregistered political parties signifying their intention to conduct primaries with a view to submitting names and particulars of candidates for the Anambra Governorship election.

Okoye noted that the deregistered parties hinge their request to nominate candidates on the judgement of the Court of Appeal delivered on June 11, 2020.

“The Commission will continue to recognize and deal with only the 18 registered political parties pending the final resolution and determination of the various appeals filed and pending before the Supreme Court. Consequently, INEC will not monitor any purported primaries by any of the deregistered political parties and will not issue access code to or accept the list and particulars of candidates emanating from such primaries.”

INEC however urged the registered political parties to adhere strictly to the provisions of their constitutions on internal party administration and nomination of candidates for elections, as this has become necessary in view of the recent spate of complaints regarding the dissolution of the Executives of State branches even where their tenures have not expired as well as the rash of conflicting court orders with respect to party primaries and candidature long after elections have been conducted by the Commission.

You Lied Over Decision To Recognise Only 18 Political Parties, DPC Tells INEC