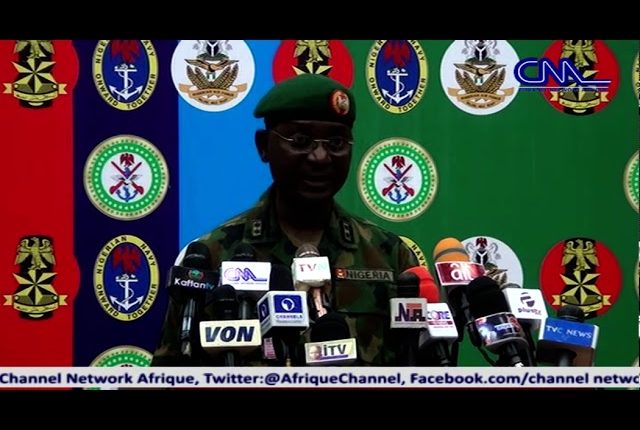 The weekly media interface presents opportunity to update Nigerians on the activities of troops of various operations in conjunction with other security agencies across the country from the 22nd to 29th of October 2020. As expected, the onslaught of troops of operation lafiya Dole top the discuss having decimated several Boko Haram and Islamic State of West African Province terrorists in Borno State. Sharing more insight, the Coordinator, Defence Media Operations, Major General John Enenche said the land component of the operation recorded superior fire power while conducting several robust attacks on terrorists hideouts, repelled attack on its location as well as forestalled attack on internally displaced persons convoy. Engagements of troops of operation HADARIN, Safe Haven and Whirlstroke in the north west and central Nigeria was also reviewed with Enenche saying scores of Bandits were neutralised while suspected cultists were arrested. For the South South region, the challenge of oil bunkering and economic saboteurs have continued to be of great concern to the federal government. While encouraging the armed forces and other security agencies to sustain the tempo,the military high command assured of commitment to securing the country for all human activities to strife.