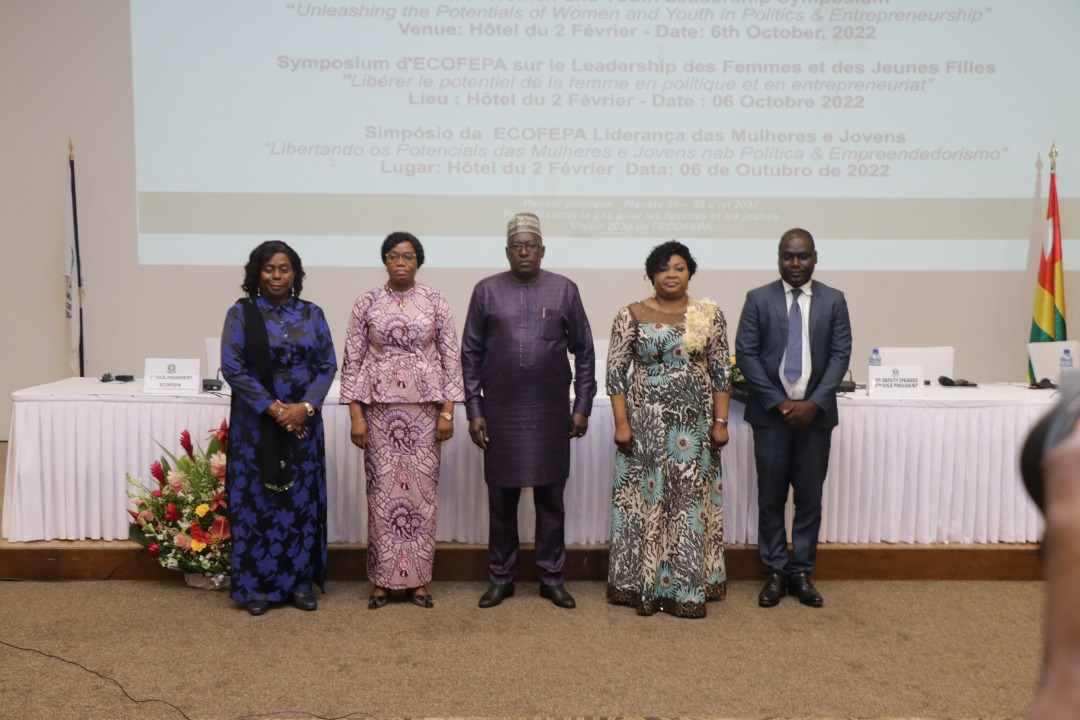 The Parliament of the Economic Community of West African States has allocated funds to the ECOWAS Female Parliamentarians Association Network (ECOFEPA) as part of its contribution to address issues confronting women and youths as well as to enhance participation of women in Leadership in the Sub-Region,

Speaker of the ECOWAS Parliament Sidie Mohamed Tunis disclosed this in his opening remark at the ECOFEPA Women and Youth Leadership Symposium, with the team “Unleashing the Potentials of Women and Youth in Politics & Entrepreneurship” in Lome, Togo.

The speaker said “I am happy to observe that this Association has always demonstrated resilience and determination to succeed in its noble cause to promote leadership and empowerment for African women and youths.

“Since its formation, ECOFEPA has championed the cause for the effective participation of women in the political process, with the aim of increasing their proportion in high-profile positions in the ECOWAS Sub-region.

“The ECOWAS Parliament remains committed to working with ECOFEPA and other civil society organizations to achieve your targeted goals.

“As a demonstration of this commitment, the Parliament has allocated funding for ECOFEPA programs and will continue to provide the moral support to push you further, I, therefore, assure you of my personal support, in every way possible, to help you achieve the success you desire. .

To ensure that women and youth have the full equality they deserve, the Speaker charged the members of the women’s Caucus to be more trenchant in their network.

“Every woman here knows or has experienced, the difficulty in bringing women into the fold of political participation across our continent – from the grassroots up to the highest offices.

“Women’s participation in politics, especially at the grassroots level, remains an issue of great concern and the level of involvement of women in governance at the top still falls below the policy requirement of 30 percent affirmative action.

“In overcoming the multiple challenges which African women are confronted with, it is vital that there be trailblazers such as ECOFEPA, that strives determinedly for all our women to be empowered.

“We are seeing progress in African women’s participation in politics, no doubt, although not at the levels we expect.

“Full political participation will become a reality for women when access to participatory institutions at all levels is considered a right; and when women no longer feel compelled to wage campaigns and stage protests to have a say in the decisions that affect their lives.

“Special focus must be directed at educating, capacitating, and empowering women and young people who, despite certain gains, continue to lag behind men in access to education, resources, and opportunities. I believe to whom much is given, much is expected”, he said.

PDP National Ex-Officio Forum Appeals To Wike, Others To Sheath Their Swords