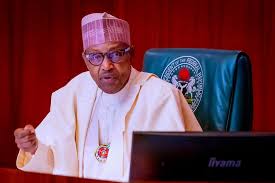 As part of efforts to broaden the national support base for the 2023 Housing and Population Census,
the National Population Commission NPC has disclosed plans to hold a National Stakeholders Summit on the exercise.

The objective of the National Stakeholders Summit, which is being organized by the National Population Commission with support from the United Nations Population Fund (UNFPA), is to generate and sustain public awareness on the conduct of the 2023 Census including its imperatives, methodology and timelines and solicit the cooperation and support of key stakeholders for the exercise.

According to a signed statement by Dr Isiaka Yahaya, Director Public Affairs
Director, Public Affairs,the conference is expected to feature presentations on the status of preparations for the 2023 Census, methodology and procedures to be adopted, technological innovations and upcoming preparatory activities in the census calendar.

President Muhammadu Buhari, GCFR will deliver the Keynote Address and perform the public presentation of the 2023 Census Project Document while goodwill messages will be delivered by President of the Senate, Senator Ahmad Lawan, President of Dangote Group, Alhaji Aliko Dangote, Chairman of the Nigeria Governors Forum and Governor of Ekiti State, Dr. Kayode Fayemi and the Resident Coordinator of the United Nations in Nigeria, Mr, Mathias Schmale.