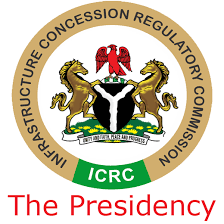 In its quest to bridge infrastructure gap through Public Private Partnerships (PPPs) the Federal Executive Council (FEC) has approved the concession of the Badagry Deep Sea Port on a Build Own Operate and Transfer (BOOT) PPP model.

The approval by FEC followed the isuance of the Full Business Case Certificate (FBC) by the Infrastructure Concession Regulatory Commission (ICRC) in April, 2022 to the Federal Ministry of Transportation, through the Nigerian Ports Authority (NPA).

A statement signed by the Head of Communications, ICRC, Manji Yarling and made available to Channel Network Afrique, CNA, indicates that the $2.5 billion Port project which is under the regulatory guidance of the ICRC, is expected to generate over $53 billion within the 45-year concession period.

The PPP arrangement shows that the port concession will have a construction period of five years, after which operations will begin and revenue accruals will commence.

The port will be equipped with the capacity to handle 3.9 million Twelve Equivalent Units (TEUs), 24 million metric tons of cargoes and 1.4 million cars annually.

The port will also have a navy berthing facility as well as utilities such as road fly-overs, rail and public roads.

The state-of-the-art multi-purpose facility will offer its customers superior uncongested hinterland connectivity and one of the deepest water in West Africa, thus creating a sustainable competitive advantage for Nigeria going forward.

The project is now ready to proceed to commercial close – signing of agreement between the concessionaire and the Federal Government and relevant agencies, with the ICRC witnessing the agreement signing and taking custody of the concession agreement.

After the Commercial close, the project will then proceed to financial close.

FDIs: Cashew Value Chain Is An Underutilised Gold Mine – Adebayo