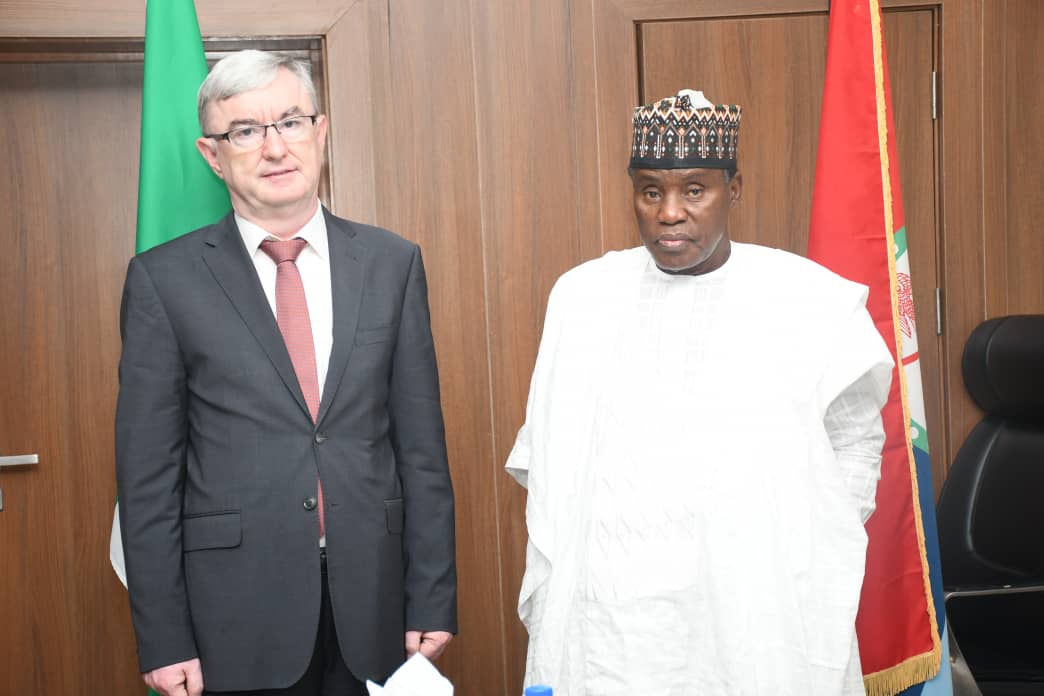 The Minister of Defence Maj Gen Bashir Magashi (rtd) has assured of the Federal Government’s ceaseless efforts to secure the country against all forms of infractions affecting peace in the Country.

In a signed statement by the Special Assistant to the Minister on Media and Publicity, Mohammad Abdulkadri made available to Channel Network Afrique, Gen. Magashi stated this when the Ambassador of Czech Republic to Nigeria Zdenek Krejci paid a courtesy call on him at the Ministry of Defence Headquarters, Ship House Abuja.

He assured that the Commander-in-Chief of the Nigerian Armed Forces, President Muhammadu Buhari will stop at nothing to restore peace in the country as a matter of top Priority.

On the request of Czech Republic Ambassador to Nigeria to deepen Defence Cooperation with the country, he recalled that five working templates inform of Memorandum of Understanding, MoU are before the two Countries.

While appreciating the Czech Republic for identifying with the efforts of the Country to end insecurity at this time, the Defence Minister gave a proviso that doing business with Nigeria in the area of technology transfer and procurement must be on Government-to- Government basis.

The Ambassador of Czech Republic to Nigeria Zdenek Krejci who thanked the Defence Minister for the audience harped on the bilateral request to grow the Defence Industries Corporation of Nigeria, DICON, Training and Procurement of Military equipment.