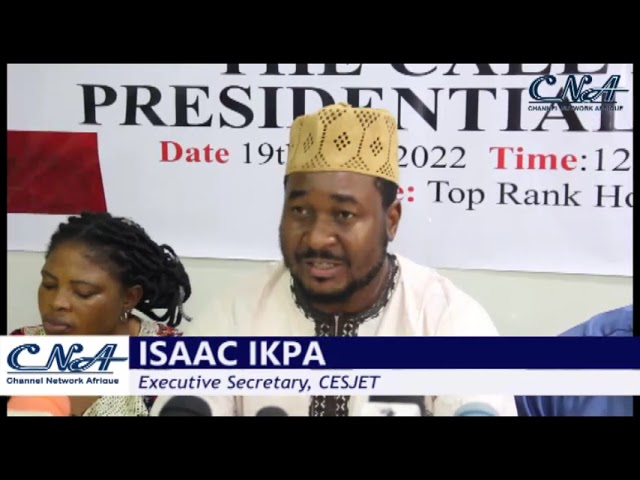 Centre for Social Justice, Equity and Transparency has again called on President Muhammadu Buhari to immediately sign into law the National Youth Service Corps (NYSC) trust fund bill that was recently passed by the National Assembly.

Speaking at a news conference in Abuja, the Executive Secretary of CESJET, Isaac Ikpa, said the signing into law of the bill will bring economic prosperity to Nigerian Youths.

He said the group is elated that a brilliant initiative such as the NYSC-TF has received the approval of the National Assembly after extensive deliberations on its pros and cons urging the President to assent to bill which will signal a new beginning for the youths and the country.

The CESJET Scribe however, noted that youth empowerment can curb high rate of poverty, youth restiveness, insecurity among other vices in the Country.

The Trust Fund bill if signed into law will provide sustainable funding for the monthly allowances for corps members, skills acquisition, trainings, and empowerments of NYSC personnel as well as the development of orientation camps among others.

Why More Schools Will Be Established Despite Problem Of Funding- TETFund.