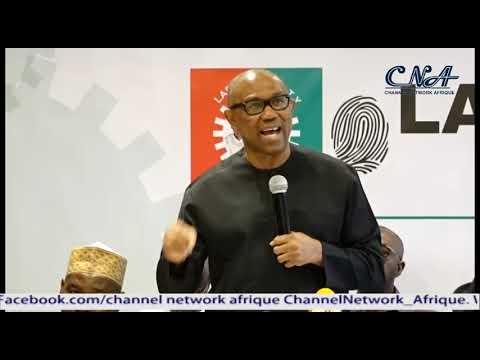 At a ceremony to announce Senator Datti Baba-Ahmed as the LP vice-presidential candidate in Abuja, former Governor Obi said he will bring his private sector and academic achievements to bear in the rescue Nigeria agenda.

He further expressed optimism in their efforts to secure, unite and make Nigeria productive.

On his part, senator Baba Ahmed who applauded the opportunity to serve as the party’s vice presidential candidate affirmed that there is no going back in the mission to rescue Nigeria from the state of collapse.