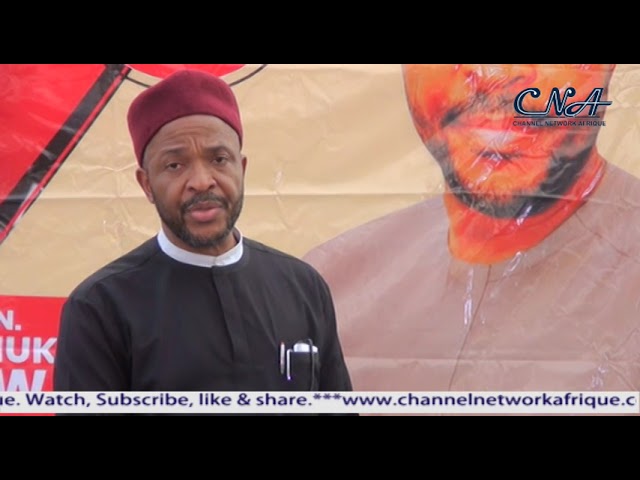 The Minister of State for Education, Chukwuemeka Nwajiuba, has indicated plans to run for the office of the president on the platform of the All Progressive Congress. This is as a coalition of youths, known as Project Nigeria Group, purchased the 100 million naira expression of interest and nomination forms on his behalf at the APC National Secretariat in Abuja.

Receiving the nomination form from the Group, Nwajiuba said the decision to run for the office of the president was in recognition that despite the achievements of the current administration in the past seven years, a lot still needs to be done.

He emphasized the need to change the present order and give hope again to Nigerians Earlier, while presenting the form to the minister, the Chairman of Project Nigeria, Alhassan Aliu, said the Nation needs a change and a man like Nwajiuba to rewrite the wrongs of the past.

With this development, Nwajiuba is expected to join other political heavy weights including the National leader of the APC Bola Tinubu, Vice President, Yemi Osinbajo, Transport Minister, Rotimi Amaechi, kogi State Governor, Yahaya Bello, among others to contest for the APC Presidential ticket.

2023: Why Ndigbo Must Justify Their Numerical Strength – Okorie.